The US company NVIDIA has officially presented its latest Tegra chips this time known as K1.

Surprisingly enough the new chips are not called Tegra 5 as previously expected but this is because the newcomers are based on the really powerful Kepler architecture, which makes them so fast they deserve a new name. This is the reason why the new family comes with “K” at the beginning, which stands for Kepler.

There will be two versions of the Tegra K1. The first one will be a 64-bit dual-core chip codenamed Denver, which will run at up to 2.5 GHz and will offer 192 CUDA cores. This one will arrive in H2 2014 and will power the newest smartphone and tablet generation.

The second version of the K1 is a 32-bit quad-core ARM Cortex-A15 processor at 2.3 GHz. This one will also come with 192 CUDA cores but will appear in H1 2014. Currently there are no benchmarks of the new processors but NVIDIA says the two new chips are more powerful than the processors used in the Xbox 360 and PlayStation 3.

Sony Professional has today announced a new entry-level professional camcorder, the HXR-MC50E, which is designed to combine the simplicity and usability of a traditional consumer camcorder with the look and feel of a professional model. Designed for video producers looking to benefit from the... 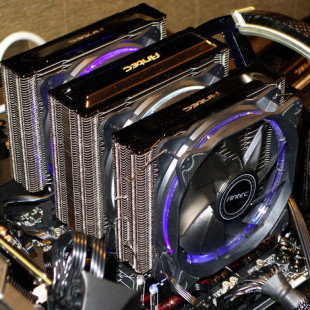 Antec has unveiled a new CPU cooler series at Computex 2016. The lineup consists of three models that belong to the so-called Elegant series. An interesting fact is that there’s one model that comes with a W-type design, which is rare in the world of processor coolers. The cooler in question...