ASUS  announced the launch of the ASUS M4A785D Series motherboards with the new AMD® 785G chipset for enhanced graphics performance through new features such as DX10.1 and UVD 2.0 support, dynamic contrast, and high-quality video scaling. Additionally, the M4A785D Series supports up to 16GB of DDR2 memory, CrossFireX, and high-definition, 8-channel audio output. Developed under ASUS’ rigorous “Xtreme Design” methods, the ASUS M4A785D draws on 20 years of design excellence to deliver the best in motherboard performance, safety, and reliability. 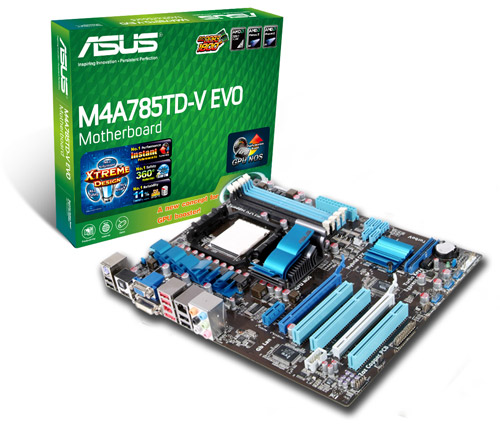 Another NVIDIA graphics card pops up

Equipped with the first-ever real-time overclocking tool—TurboV—the M4A785D Series lets users increase system performance without rebooting their system. TurboV and Turbo Key are easy to use and satisfy both novice and advanced users. By simply choosing the displayed profiles from TurboV’s user-friendly graphical user interface and pushing the physical Turbo Key, users can experience an instant overclocking boost—without stopping ongoing work or gaming.