SanDisk Corporation, the global leader in flash memory cards, announced that its SanDisk® Cruzer® Enterprise secure USB flash drives are now enhanced to meet the unique requirements of government employees. The Cruzer Enterprise design was independently tested and certified under Military Standard 810-F environmental standards in addition to being suitable for use by the visually-impaired under Section 508 requirements. Cruzer Enterprise drives feature industry-leading cryptographic modules and encryption algorithms, durable waterproof design, and are fully compliant with Trade Agreements Act (TAA) requirements for purposes of U.S. Government procurements. In addition, the Cruzer Enterprise line of flash drives is listed for Common Criteria certification, which it is expected to receive next month.

The federal government requires that IT devices meet certain design standards in order to prevent the loss of critical information if the host drive is ever exposed to liquid. This feature is particularly important for military and health care settings, which often involve sensitive information as well as an increased risk of exposure for the storage drive. SanDisk’s line of Cruzer Enterprise flash drives passed an environmental test conducted by an independent laboratory, and was certified as meeting Military Standard 810-F 506.4 and 512.4 when submitted to immersion and rainy conditions using fresh water. 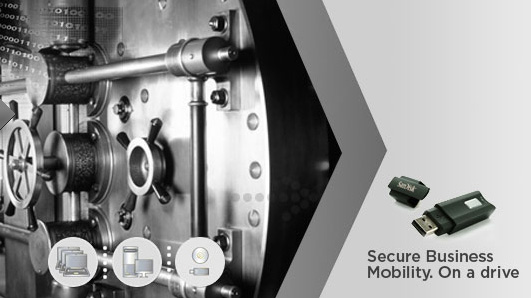 Section 508 of the Rehabilitation Act of 1973 requires federal agencies to make their electronic and information technology accessible to people with disabilities. The law was enacted to eliminate barriers in information technology, to provide new opportunities for people with disabilities as well as to encourage the development of technologies that will help achieve these goals.

SanDisk reconfigured the Cruzer Enterprise’s graphical user interface (GUI) to increase accessibility for visually-impaired users. The encrypted USB drives are now compatible with certain assistive technologies such as screen reader software that recreates the Cruzer Enterprise’s GUI through text-to-speech representation or via a Braille output device. 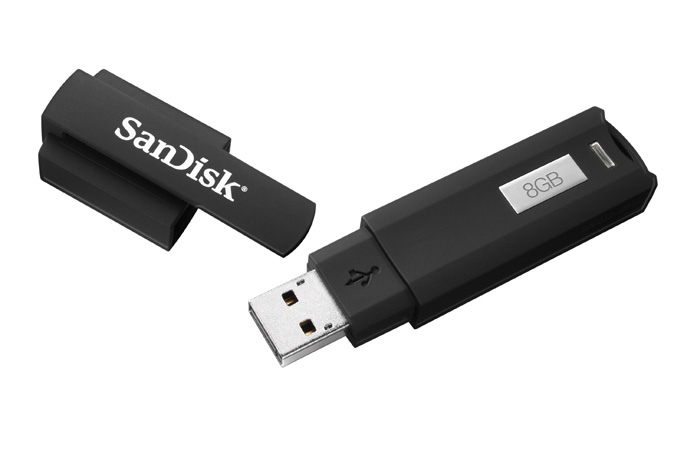 “SanDisk has upgraded the Cruzer Enterprise product line to meet the needs of a much broader range of users,” said Yariv Fishman, director of product marketing, enterprise solutions, SanDisk. “By reconfiguring the USB drive’s GUI, we increased the accessibility of important information technology to the visually-impaired. Additionally, the drive’s waterproof design is a perfect fit for health care professionals, soldiers and anyone else who needs to safeguard their critical data from harmful contact with liquid.”

SanDisk Cruzer Enterprise secure USB drives feature FIPS (Federal Information Processing Standard) 140-2 Level 2 certification for encryption, a standard set by the National Institute of Standards and Technology (NIST). FIPS certification confirms that a drive has met NIST standards for design of the cryptographic module, for the strength of encryption algorithms and resistance to physical intrusion. Cruzer Enterprise drives are also listed for Common Criteria certification, an internationally recognized ISO standard (ISO/IEC 15408) used by governments and other organizations to assess the security and assurance of technology products. Common Criteria is an important worldwide evaluation standard for security products as its certifications are recognized in 26 countries around the world.

SanDisk Cruzer Enterprise can be centrally managed by SanDisk’s Central Management and Control software (CMC), which has been used by government agencies, healthcare organizations and enterprises for years. The CMC device agent resides on a company-issued Cruzer Enterprise drive, giving corporate IT departments and government agencies greater control and flexibility over the lifecycle management of the device – including deployment throughout the organization, password recovery and renewal through the network, central back-up and restore of data, central usage tracking with detailed audit reports, and remote termination of lost drives.