HP Labs and Arizona State University today revealed that it has built the first example of a working flexible plastic display. A process known as self-aligned imprint lithography (SAIL) lets the PC maker build a thin film transistor screen that can be rolled up without snapping or otherwise easily breaking.

Although it uses an active matrix and can show moving content, it also uses Vizplex’s E Ink technology borrowed from e-books to render an image stable even when the display’s power is shut off, making it ideal for reading. As HP can now reliably make the displays in bulk using plastic and without a separate backlight, the new technology is not only thinner but also much less expensive to mass-produce and more environmentally friendly. It uses just 90 percent of the material that would be needed for a regular LCD, the company says. 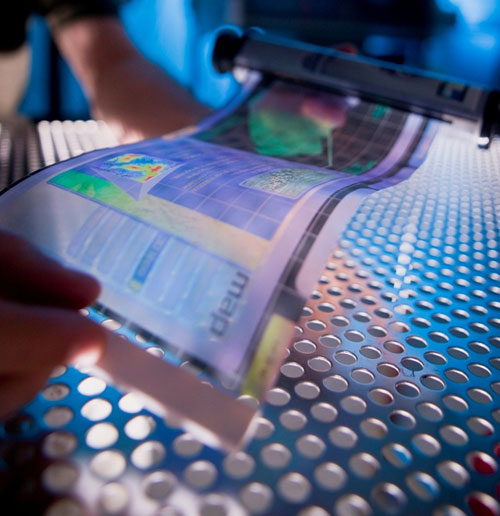 When mass production could be expected isn’t outlined with the news, though HP is eager to suggest usefulness for displays on notebooks as well as other portable devices that can use the extra battery life and lower prices, such as smartphones.