The new 23.6-inch LCD Monitor has a TN panel with a resolution of 1920 x 1080 pixels, 2ms GTG (Grey-to-Grey) response time, 300 cd/m2 brightness, 10,000,000:1 dynamic contrast ratio, 120Hz refresh rate and supports for NVIDIA’s 3D Vision technology. The monitor has also two hotkeys – the first changes the display mode: Full; Aspect; Overscan; 1:1; 17”; 19”; 19” Widescreen and 22” Widescreen, while the second is “Smart Scaling”, which allowing to adjust picture size in original input to the screen’s limit. There is also Picture by Picture (PBP) feature, that enables users to show two programs side-by-side on the screen. 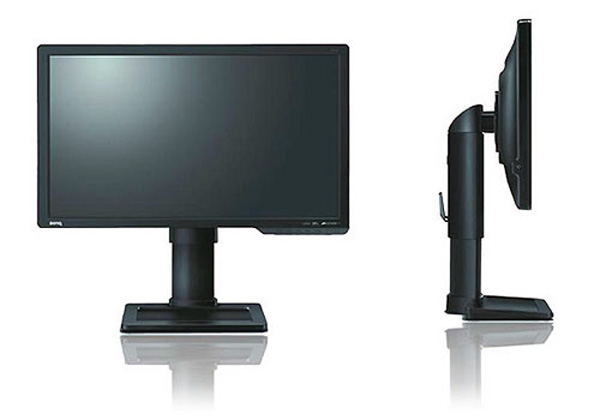 BenQ XL2410T offers D-sub, DVI-D-DL  and HDMI 1.3 connectors and will be available beginning of October in Europe, worldwide thereafter.