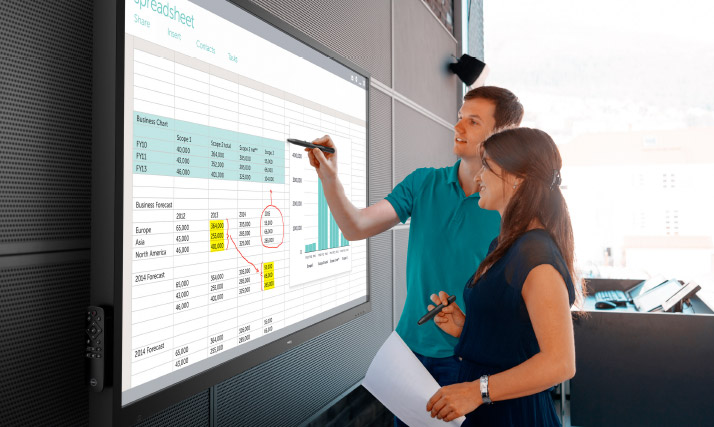 Dell has announced a monstrous new monitor that is known as C7017T. The monitor is designed for use in schools and in corporate environments and shocks with its size – 70 inches. The main idea behind the C7017T is that it can replace drawing boards and other similar equipment.

The Dell C7017T works at Full HD resolution and can recognize up to ten simultaneous presses. It can also work with up to two styluses at once and features two 10W speakers. In the back the monitor has four USB 3.0 ports, an Ethernet port and a RS232 connector. The device measures 1594 x 933 x 95 mm and weighs 55.5 kilograms.