NEC, Casio and Hitachi announced an agreement for establishment of a joint venture company

NEC Corporation , Casio Computer Co., Ltd. , and Hitachi, Ltd.  today announced an agreement to integrate their mobile terminal businesses in April 2010 through the establishment of a joint venture company.

1. About the Business Integration

The new company will boast a competitive portfolio of products that draws strength from the complete integration of business functions between NEC’s Mobile Terminal Operations Unit and CHMC, as well as merges the advanced technologies and product development experience of each company. Furthermore, NEC’s IT/Network technology supported product development capabilities linked to service business for enterprises and consumers, combined with CHMC’s consumer product technologies and planning strength, is expected to result in the creation of innovative synergies and the development of appealing new products, in addition to future growth that is anticipated from a range of new areas.

NEC, Casio and Hitachi will integrate their mobile terminal business in order to strengthen both domestic and international business while increasing competitive strength and capitalizing on each company’s brand recognition through (1) achieving synergies in a variety of fields, including sales expansion, procurement and customer service, and (2) reinforcing product development by unifying technological assets, know-how and resources.

2. About the New Joint Venture Company

Capital: 1 billion JPY (at start of the joint venture)

Other terms and conditions relating to the merger of the newly established subsidiary with CHMC are currently under discussion. The details will be announced upon their conclusion. 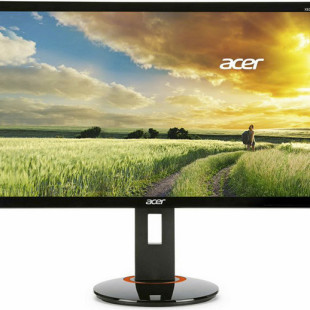 There are two new technologies that shape the world of monitors and they are 4K and NVIDIA G-SYNC. Unfortunately in most cases you end up with the first or the second technology and not both. This isn’t going to happen if you choose the hot new Acer 28-inch XB270H monitor that combines both...

The Japanese company NEC along with the carrier NTT DoCoMo has announced the Medias W smartphone – an unusual new product that comes with two displays instead of one! The two displays share the same tech specs and feature a size of 4.3-inches and a resolution of 960 x 540 pixels...