At CES 2012 Acer has launched what it claims to be the world’s thinnest ultrabook – the Acer Aspire S5.

The new device is just 15 mm thick at its thickest point and features a 13.3-inch screen for a total weight of just under 3 pounds. The ultrabook comes with a yet-unknown Intel Core processor, a solid state drive, HDMI, USB 3.0 support and Thunderbolt ports.

Mass market availability is expected to occur in Q2 2012. 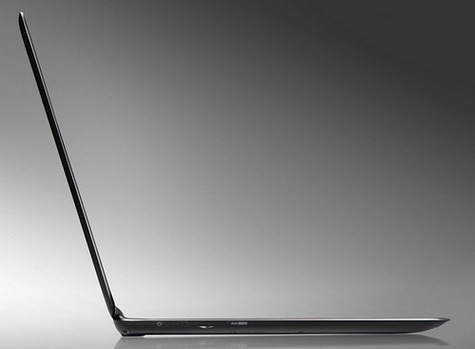 The new Timeline series is likely to arrive earlier than the S5 ultrabook – sometime in Q1 2012.