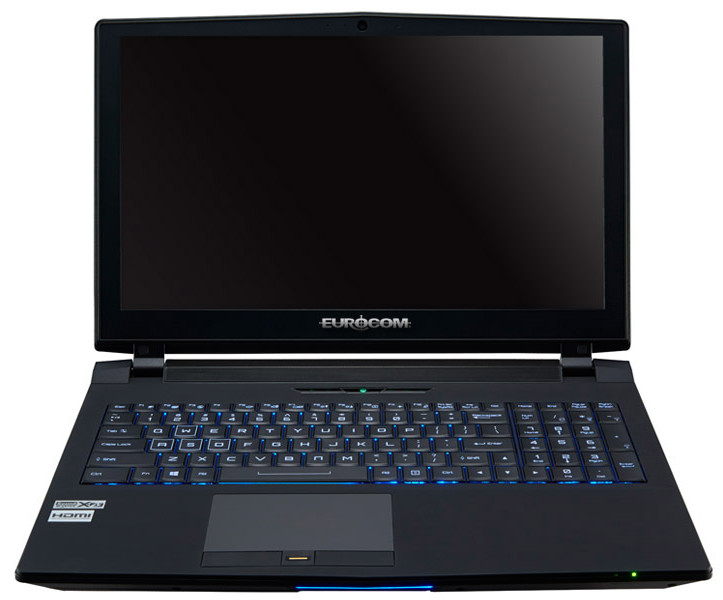 The maker of high-end gaming computers Eurocom has surprised the gaming community with the launch of two new gaming notebooks. The really unusual thing about these two notebooks is that they come with a desktop Broadwell processor inside instead of other mobile chips.

The two new models are called Eurocom P5 Pro and Eurocom P5 Pro Extreme. The first model closes the gap between notebooks and high performance desktop computers, while the second model is designed for work, fun and all kinds of other activities while offering high performance right out of the box. The notebooks share most of the tech specs – you can have them with an Intel Core i7-4790K or Core i7-5775C processor and a bunch of professional or gaming video cards. The notebooks offer a 15.6-inch 4K/3K/Full HD display, depending on what you choose, the high performance Intel Z97 Express chipset, a BIOS that is suitable for overclocking, a choice among NVIDIA GeForce GTX 980M/970M/965M video cards, NVIDIA Quadro K5100M, K3100M or K1100M video cards or an optional AMD Radeon R9 290X graphics card and more. All this hardware gets cooled by a high-performance copper-based dual 5-pipe CPU/GPU heatsink. The new P5 Pro and P5 Pro Extreme notebooks also allow the installation of up to four physical drives – two M.2 SSDs and two HDDs/SSDs. The machines also support up to 32 GB of DDR3L memory at up to 2133 MHz and have a built-in 6-in-1 card reader, an anti-ghosting backlit keyboard with a separate numeric keypad, four USB 3.0 ports, high-definition audio, Kensington lock, an 8-cell battery, built-in speakers, various other ports such as HDMI 2.0, an RJ-45 jack, built-in microphone and headphone jacks, one eSATA/USB 3.0 combo port and more. The notebooks measure 386 x 262 x 35 mm (15.4 x 10.48 x 1.4 inches) and weigh 3.4 kilograms (7.48 lbs) with the battery.

No word on pricing but given the tech specs the new Eurocom notebooks will be expensive.