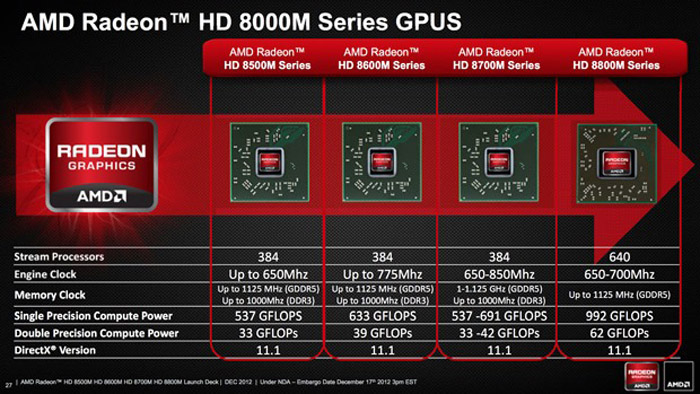 The first representatives of the AMD Radeon HD 7000 series graphics cards appeared exactly a year ago, so it’s time for a refresh that’s getting closer and closer as Radeon HD 8000.

Some details on the desktop Radeon HD 8000 offerings came out a few weeks ago so it comes as no surprise that details on the mobile versions of the same generations are now available. Surprisingly enough the mobile Radeon HD 8000 family won’t be known as Sea Islands – instead it will carry the Solar System codename and will be based on the familiar Graphics Core Next architecture that first appeared in the AMD Radeon HD 7970 graphics card.