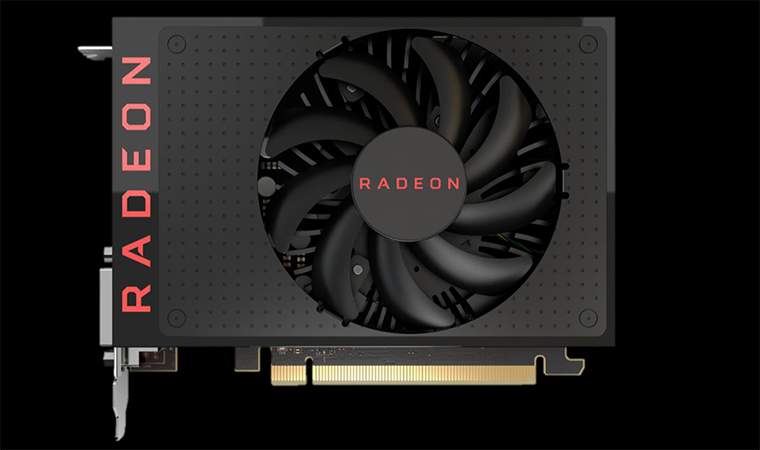 As expected on August 7 AMD launched its budget Radeon RX 460 video card. The card is based on 14 nm FinFET silicon and offers nice performance levels for a low price.

There are no last minute hardware changes so the Radeon RX 460 is based on AMD’s 4th generation GCN architecture and on the Polaris 11 GPU in particular. The chip has support for DirectX 12 and Vulkan and sports 896 stream processors at 1090 MHz (1200 MHz Turbo). The card will have two versions – with 2 GB of GDDR5 memory and with 4 GB of GDDR5 memory but in both cases the memory bus width is 128 bits. The memory runs at 7000 MHz. The Radeon RX 460 reaches 2.2 TFLOPS of computing performance and uses 75W of power, which means it does not need an external power connector. The low power consumption has created a need for just one cooling fan too. At the back the card also has DiplayPort 1.3, HDMI 2.0 and DL DVI-I connectors.