Gigabyte has expanded its portfolio of Aorus notebooks, equipped with Pascal GPUs. After announcing the Aorus X3 Plus v6 gaming notebook a week ago the company has presented three new models – the Aorus X5 v6, the Aorus X7 v6 and the Aorus X7 DT v6. 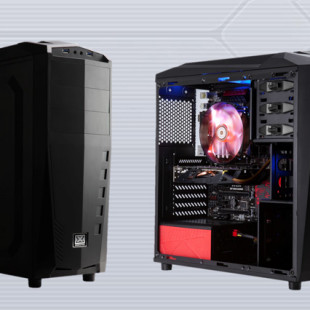 The Taiwanese maker of PC chassis, power supplies and cooling solutions Xigmatek has presented its budget-oriented Mach chassis. The new company product measures 410 x 180 x 405 mm but there’s no information on its weight. The chassis is made of zinc-coated steel and is colored in black on the...