Today, the IFA global consumer electronics tradeshow, Samsung has introduced a new members of its Series 7 laptops which are encased in a compact brushed-aluminum chassis, under one-inch thick and have a thin bezel around the screens, allowing bigger screen size within a smaller form factor body (15.6-inch display in 14-inch chassis).

The new models are fitted with LED-backlit (1600 x 900) matte displays with 300 nit of brightness,  paired with Radeon HD6750M graphics cards. Other specs include Intel Core i5 or Core i7 processors, up to 8GB of RAM and a maximum of 750GB hard drive combined with an extra 8GB of flash memory on the motherboard and ExpressCache technology which accelerates boot-up and start times, and overall performance. Current standard connectivity options like Gigabit Ethernet, 802.11 b/g/n, USB 3.0 ports,  and HDMI out. 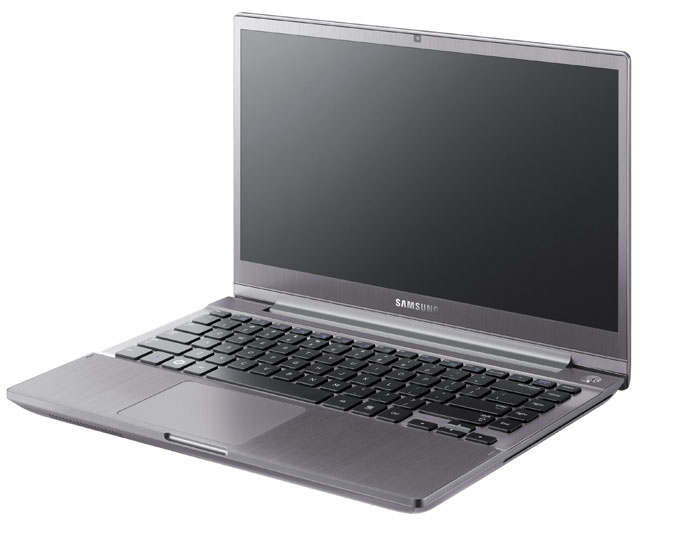 These aluminum models also includes a 1.3-megapixel webcam, a DVD writer, and Samsung’s SoundAlive technology for better audio experience. The Series 7 also features Samsung’s FastStart technology, which enables the laptop to transition from a hybrid sleep mode to full functionality in as little as two-three seconds, while Quick Boot has the notebook ready to go – from cold – in just 19 seconds. Other feature includes is the Battery Life Plus technology, that retain 80 percent of the original battery capacity for up to 1,500 charges.