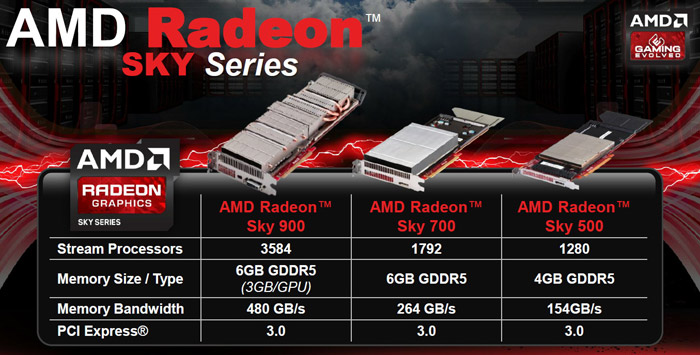 AMD has announced a completely new line of Radeon graphics cards – Radeon Sky. The new cards are designed for cloud gaming and are available now.