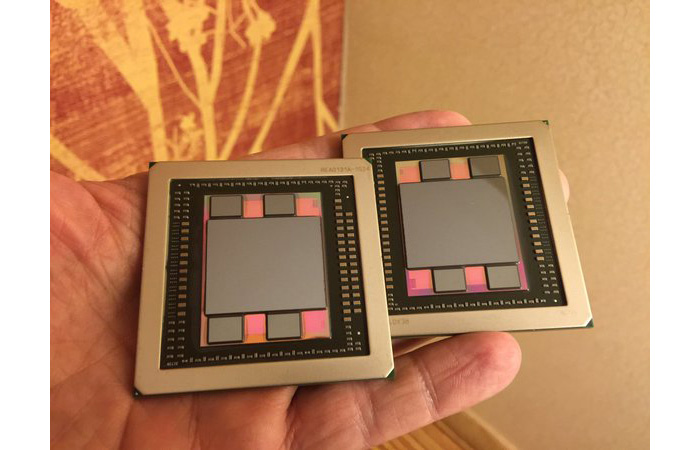 A few months ago AMD promised it would release a dual-GPU Radeon Fury video card at the end of Q1 2016 or in early Q2 2016. We still haven’t seen this tech wonder but it appears that this video card is on its way to us.

Scott Wasson, who is the former editor-in-chief of TechReport and who now works for AMD, has published a Radeon Fury X2 teaser on its Twitter account. The teaser is actually a picture, which shows a hand holding two Fiji XT GPUs, which hints that we will soon see this video card. This also means that AMD will hold its promise and will be on time with the Radeon Fury X2, which is always good news.

There isn’t that much information on the upcoming Radeon Fury X2 video card but what we know is that it will have 8192 GCN stream processors and 8 GB of HBM memory with 1 TB/sec of memory bandwidth. The card is expected to reach 16 TFLOPS of computing speed but the downside will be heat – the Fury X2 is expected to come with TDP of 375 watts and in order to tackle this issue this AMD video card will ship with liquid cooling. Of course, do not expect the Fury X2 to be cheap.

HTC will be back with the Aero