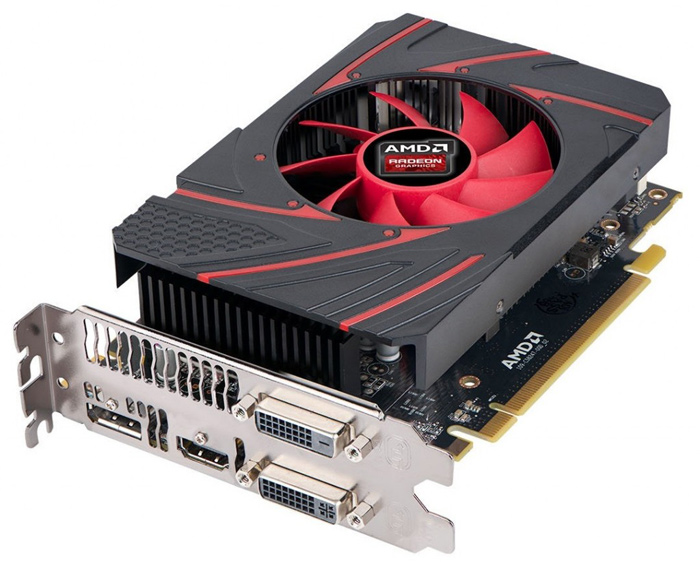 Budget-oriented AMD fans have a new reason to be happy because the US company has officially launched the rumored Radeon R7 265 graphics card – and the deal has become even sweeter as the card has turned out to be a bit faster than previously expected.

The Radeon R7 265 will occupy the market niche between the Radeon R7 260X and Radeon R9 270. The new AMD card is based on a 28 nm Curacao chip and does not differ much from the previous generation Radeon HD 7850. It comes with 1024 stream processors, 64 TMUs, 32 ROPs and a 256-bit memory bus that serves 2 GB of GDDR5 memory. The GPU of the card runs at 900 MHz (925 MHz in Turbo Mode) and reaches 1.89 TFLOPS of power, while the on-board GDDR5 memory runs at 5600 MHz. It also comes with an additional 6-pin power connector for getting extra power from your PSU. The card needs 150 watts of power and fully supports DirectX 11.2, OpenGL 4.3 and Mantle.