AMD is known for designing and releasing different GPUs through the company’s internal graphics division but as you know hardware with no software to power it is useless. That’s why AMD also designs and develops drivers for its own Radeon video cards and you can get these drivers for free from AMD’s web site.

Just recently, however, users of AMD video cards have noticed that certain links that (should) lead to drivers for 32-bit versions of Windows instead lead to a message that suggests users install a 64-bit version of Windows 7, Windows 8.1 or Windows 10 to take advantage of AMD’s latest graphics card drivers. Moreover the recently launched Radeon Pro Duo video card completely lacks software support for 32-bit Windows versions so it can be easily guesses that AMD is slowly moving away from 32-bit Windows operating systems.

There’s a reason in this decision – more and more computers have 4 GB of RAM or more so it does not make sense to install a 32-bit OS on them. In addition by retiring support for 32-bit Windows versions AMD will be able to divert programmers to other projects instead of writing code for less and less popular versions of Windows.

The Chinese company Lenovo has been working on two new ultrabooks that will belong to the IdeaPad line. The upcoming models will be known as U330 and U430 and will replace the current U310 and U410 models. As expected the U330 and U430 ultrabooks will run Windows 8. The... 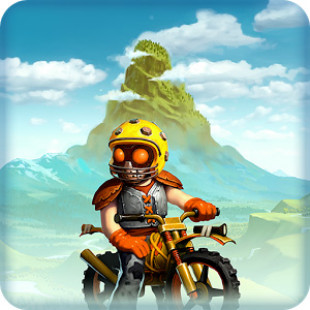 It is a bit hard to describe Trials Frontier as an Android game, which it is. The problem is that there are many things to talk about and then the game does not clearly fall in a certain pre-defined genre. We should say first that Trials Frontier is a racing game but here you won’t have to...