AMD sells its own chips in an unusual way 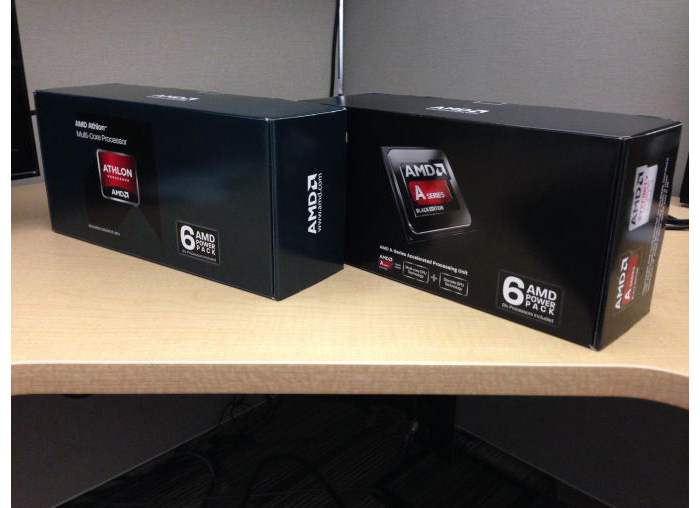 The US processor manufacturer AMD has decided to sell its chips in a rather unusual way – in boxes of six. The new way of selling processors is called AMD Power Pack and includes both CPUs and APUs as of now, although a limited number of models is present.

The new marketing strategy targets computer builders who make numerous systems. Up until now there were two ways in which you could purchase a processor – the boxed version offered the chip along with a CPU cooler and a manual or as a tray processor that comes all alone. The Power Pack program meets both ways in the middle – you get a set of six chips in one package with bundled coolers but there are no manuals and there’s a single chip arrangement.

You should not be sorry to hear there’s no manual in a Power Pack package as the idea behind it is to save money and give you the chance to purchase cheaper processors. AMD says that by using Power Pack the overall price can be lowered by 5-10 per cent, which is not bad. We should mention that the discount will vary depending on the market, though.

As of now the Power Pack program includes just two AMD chips – the Athlon X4 760K and the A8-6600K APU but AMD may soon include more models.