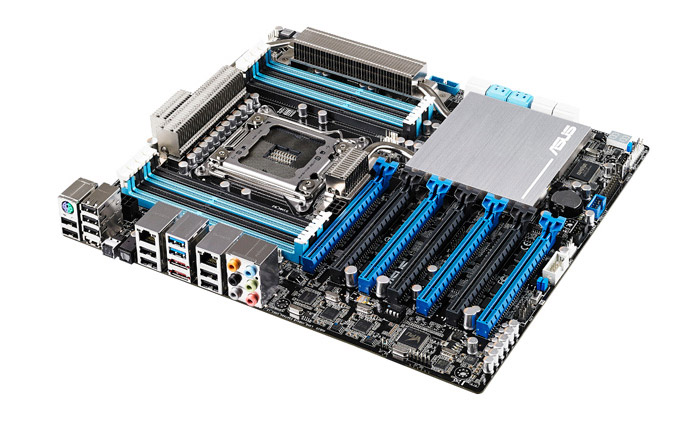 Just in time with the first news on Intel’s Ivy Bridge-E generation the Taiwanese ASUS has revealed its latest X79-based motherboard – the P9X79-E WS.

The new motherboard is fully compatible with all Socket LGA2011 processors and comes with eight DDR3 memory slots for up to 64 GB of DDR3-2400 memory. Another striking feature is the presence of seven PCI-E x16 expansion slots (but no PCI or PCI-E x1 slots) with the blue ones operating at x16 speed while the black ones running at x8 speed.

The release date and the pricing of the ASUS P9X79-E WS are still unknown.