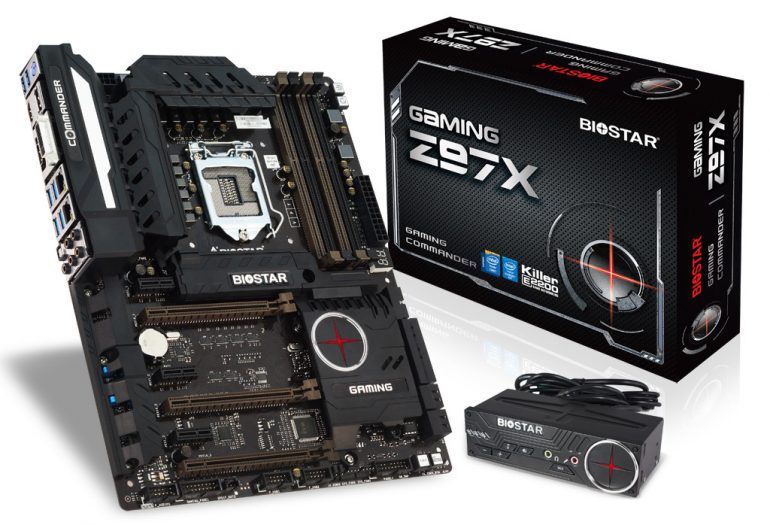 While the video card may raise an eyebrow here and there the Z97X motherboard deserves some attention. The motherboard is the first Biostar board that is designed from the ground up for gaming and offers three PCI-E 3.0 x16 slots, PCIe M.2 support, Dual GbE LAN, USB 3.1 and Biostar’s exclusive Hi-Fi 3D Audio technology. USB 3.1 support is worth noting – this is the latest USB standard and it doubles the data transfer speed compared to USB 3.0 from 5 Gbps to 10 Gbps and is backwards compatible with current USB 3.0 and USB 2.0 devices. In addition the motherboard accompanies the launch of the Biostar external Gaming Commander box, which fits in a standard 5.25-inch drive bay and consists of software with voice control utility. The Z97X also supports 4K/2K HD resolutions thanks to the included on-board HDMI port, SATA Express, Dual LAN, electric spikes protection and CPU overclocking features.

As to the video card the Biostar GeForce GTX 750 Ti comes with 2 GB of GDDR5 memory, a full size PCB with a unique dual fan cooling design, two DVI ports, one miniHDMI port and support for NVIDIA PureVideo, DirectX 11, PhysX and CUDA.

Unfortunately the price of the gaming combo has not been announced just yet.