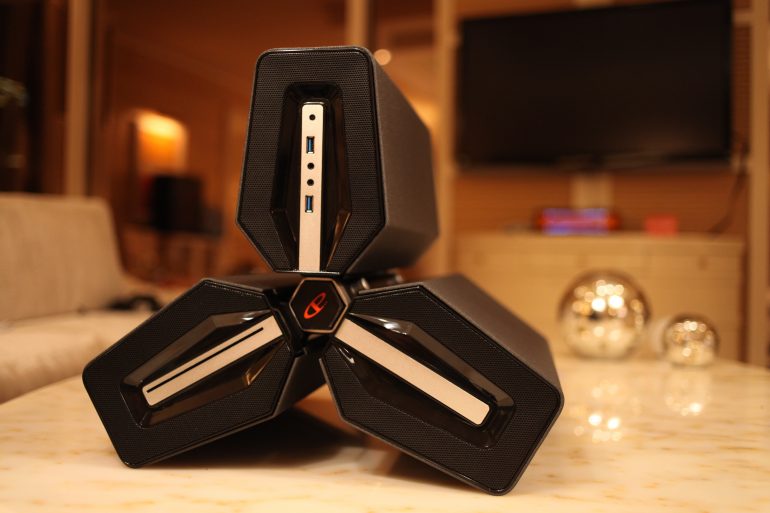 The maker of high-end gaming PCs CyberPowerPC is working on a new and rather interesting gaming PC called Fang Trinity. Apart from high-end specs, the new PC will soon impress gamers with its unusual chassis that looks like a three-pointed star.

The chassis is rather heavy though and you will not be able to move the computer a lot – it weights 10.8 kilograms (each “arrow” weighs about 3.6 kilograms). The weight is justified, though – the lower right “arrow” contains the power supply unit and some solid-state drives, the lower left “arrow” contains a mini-ITX board on the latest Intel Z97 chipset, an Intel Haswell processor and a liquid cooling system. The top “arrow” has various peripheral devices.

No word on pricing as of now but as with every gaming PC you cannot expect the Fang Trinity to be cheap.