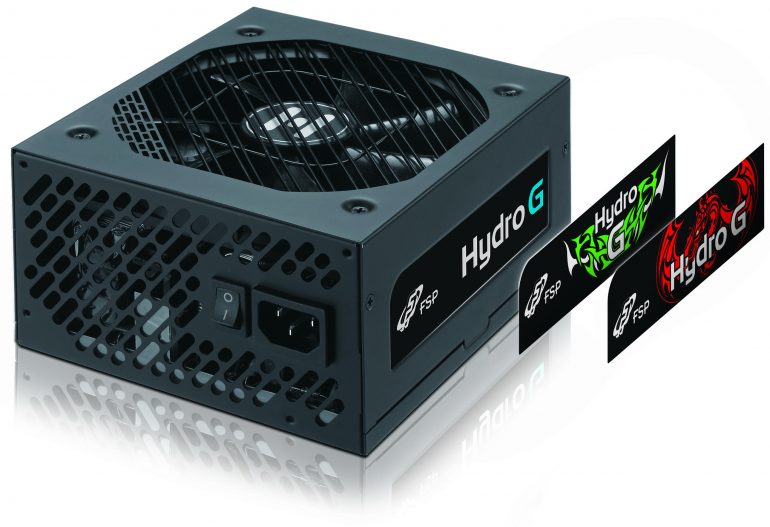 FSP, the well-known maker of computer power supply units (PSUs), has presented an entirely new line of PSUs, called Hydro G Series. The new line features power supply units that comply with all 80 Plus Gold certification requirements and offers a number of improvements when compared to other FSP PSUs and even to power blocks made by the competition. There are three models to choose from – 650W, 750W and 850W.

The fan inside the Hydro G Series features a fluid dynamic bearing and measures 135 mm wide. It starts only when the PSU load exceeds 30 per cent and automatically stops when the loading is less than 20 per cent. Thus the new PSU line offers the perfect mix between efficiency and low temperatures and this is further improved by the innovative way in which the cables and components inside the PSU are situated – they do not obstruct the airflow, which further lowers the PSU temperature inside. In addition the Hydro G Series line features internal server grade copper pipes that connect the motherboard and the daughterboard for better and more efficient energy conversion. Thus the Hydro G Series PSU line features more than 90 per cent efficiency, hence the 80 Plus Gold certification. Another thing worth noting is that the Hydro G Series line allows users to change the product logo used – there are three colors for the logo – green, blue and red – and you can choose one of them to complement the rest of your hardware. Out of the box the logo is blue, but if you do not like it, just attach the red or green logo sticker that you will find inside your Hydro G Series PSU box. Finally the new FSP PSU line is fully modular so you will get to use only the cables that you need.

Unfortunately there’s no information on the release date and the pricing of the new PSUs.