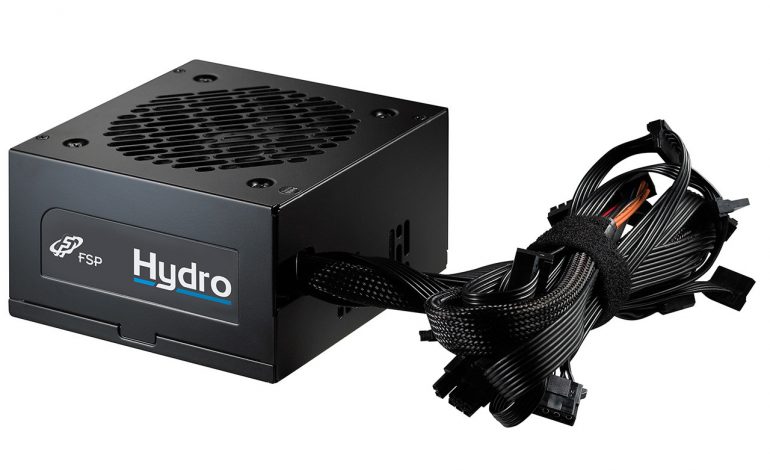 The famous maker of power supply units (PSUs) FSP has announced the new Hydro Series of power supplies. The new line includes three models as of now with power output of 500W, 600W and 700W and features 80 Plus Bronze efficiency for all models there.

The new Hydro Series PSUs feature a single +12V rail that is strong enough to power even dual-GPU PC systems. Just like countless other PSUs, the Hydro Series is cooled by an internal 120 mm cooling fan with intelligent control, which adjusts the fan speed for optimal cooling performance and low noise output. Unfortunately the new Hydro Series is more or less budget-oriented, which means that the PSUs in the line do not come with modular or even semi-modular designs. Instead users of Hydro Series PSUs will have to live with cables that are firmly attached but to compensate somewhat the PSUs feature sleek flat ribbon cables. The PSUs are fully compliant with the ATX12V and EPS12V standards and offer wide AC power input of 160-280V so you should not be worried by the quality of the electricity you receive. In addition the Hydro Series PSUs, which are SLI and CrossFire ready, feature a full range of protections for overvoltage, undervoltage, overcurrent, short circuit and more.