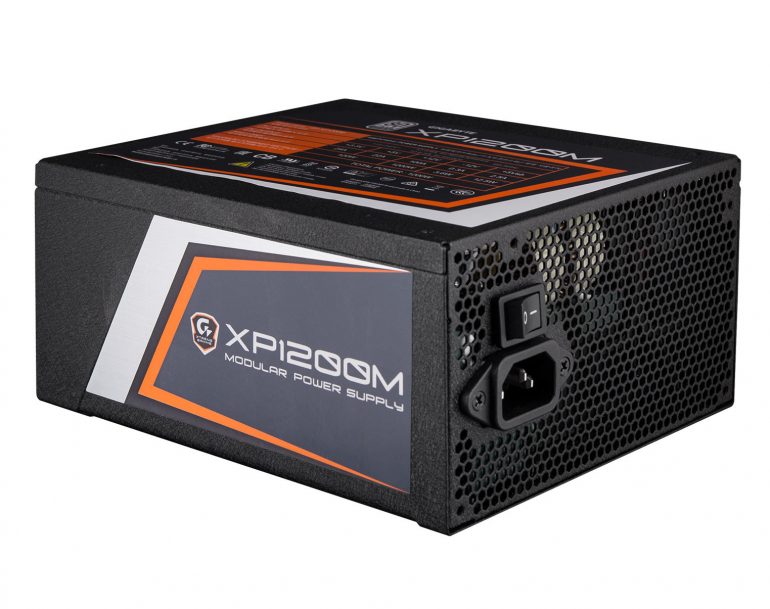 Gigabyte has finally released its top-of-the-line XP1200M PSU, which was shown during Computex 2016 last month. The power supply unit outputs up to 1200W of power, as its name suggests, and comes with a fully modular cable design.

The XP1200M PSU is the first PSU in the Xtreme Gaming series of high-end Gigabyte PSUs. The unit comes with 80 Plus Platinum efficiency, high quality Japanese components and an all Japanese capacitor design, a single +12V rail, DC-to-DC switching and all electrical protections that you have come to expect. The XP1200M PSU is also equipped with a single 24-pin ATX connector, six 6+2-pin PCI-E power connectors, two 4+4-pin EPS connectors, twelve SATA/eight molex/two molex-to-berg (floppy) connectors and a 140 mm cooling fan, which stays below 20 dBA, when the load is under 720W. The noise level goes up to 30 dBA at 1000W load and to 35 dBA at full load.