Sources, close to Intel, have unveiled that the US processor manufacturer is getting ready to stop the production of a rather large number of desktop processors. 25 models of Intel processors will be declared obsolete and their production will cease in 2012, paving the way for the upcoming Intel Ivy Bridge processors, expected in April 2012.

Fujitsu today announced that it has codeveloped a sensing technology that accurately measures the body movements of a person carrying a sensor-equipped mobile phone. The technology was developed in collaboration with Mr. Kajiro Watanabe, the president of Sensing Control Lab Co., Ltd. and a...

Samsung is one of today’s technology leaders especially when it comes to smartphones or displays. The latest proof to this claim comes in the form of a rumor that says the company now works on new tablets that will include Super AMOLED displays. The first batch of these... 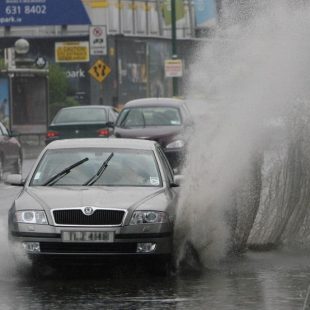 Hydroplaning happens when one or more of the tires of your vehicle skim across standing water on the road instead of the road surface. Contrary to what many drivers believe, hydroplaning can occur even when the roads are just a little wet. When a car hydroplanes, it strips the driver’s ability...