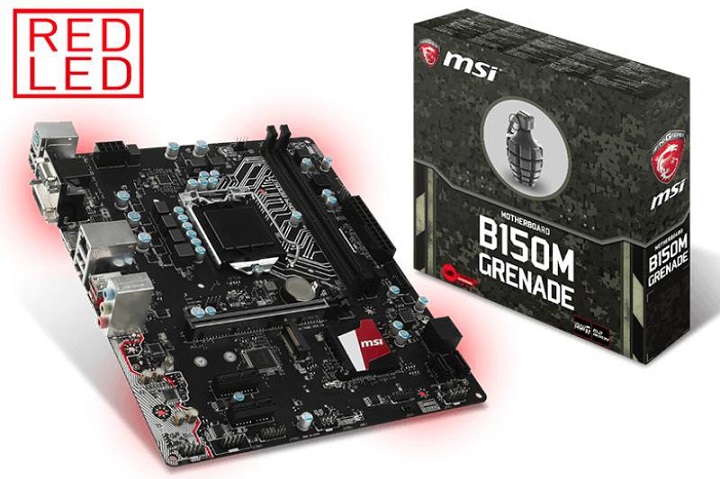 MSI has expanded its portfolio of LGA 1151 motherboards with the addition of two new models – the B150M Grenade and the H110M Grenade. Both motherboards are designed for heavy duty gaming yet they feature affordable prices as well as LED lights, USB Type-C ports and support for M.2 devices. 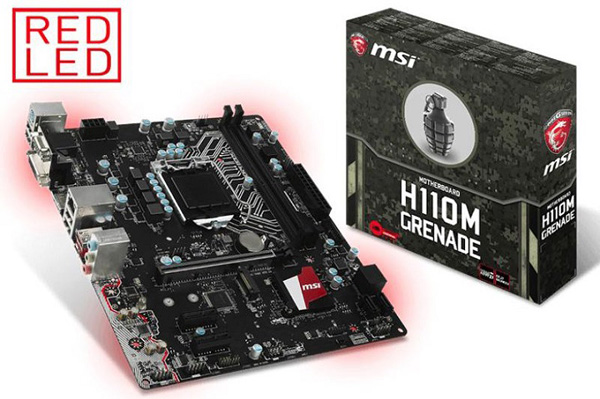 The main difference between the two new MSI motherboards lies in the chipset used – as you can see the B150M Grenade relies on Intel B150 core logic, while the MSI H110M Grenade includes the Intel H110 chipset. The rest of the specs are the same – the two boards come with two DDR4-2133 memory slots for up to 32 GB of RAM, a single PCI-E 3.0 x16 slot, two PCI-E 3.0 x1 slots, four SATA ports, a single M.2 port with bandwidth of 32 GB/sec for the B150 board and 20 GB/sec for the H110 board, HDMI/DVI-D/VGA ports at the back, Gigabit Ethernet, red LEDs and 7.1-channeled Realtek ALC887 sound.

The MSI B150M Grenade and H110M Grenade motherboards are now available but the pricing is unclear.