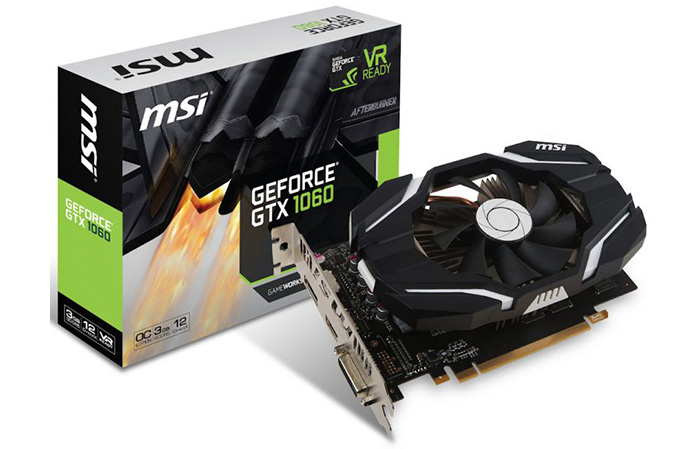 After launching a bunch of GeForce GTX 1060 video cards MSI has prepared a new model with compact dimensions for people who own small PC cases yet want to experience the power of NVIDIA’s Pascal architecture. The new video card is called MSI GeForce GTX 1060 3 GB OC V1 and on top of its small dimensions it comes factory-overclocked as well.

The new MSI GeForce GTX 1060 3 GB OC V1 graphics card comes with a non-reference design and features a chassis that is just 180 mm long. The card features a single cooling fan and just two heat pipes but this does not prevent it from being factory-overclocked – the new MSI product runs its GPU at 1544 MHz in nominal mode and at 1759 MHz in Turbo Mode. As a comparison the reference GTX 1060 model works at 1506 MHz nominal and at 1708 MHz Turbo. The 3 GB of GDDR5 memory operate at 8008 MHz. Of course there’s also a 192-bit memory bus and an additional 6-pin power connector.