Probably very few of you remember the early 1980s Gundam anime series, but apparently Raidmax, the US company, making PC chassis, power supplies and coolers, remembers those times pretty well. Perhaps this is the reason why the PC case maker has launched a new Gundam-themed PC case.

The novelty resembles the giant robots that were once the main characters in the anime series and this is why it features five tool-less 5.25-inch drive bays with pop-off panels, all of which are covered by the case’s “Gundam themed armor-shield,” which opens outward like a door. Additional illuminated fans (7 fans altogether) on top and in front add to the sci-fi appeal. 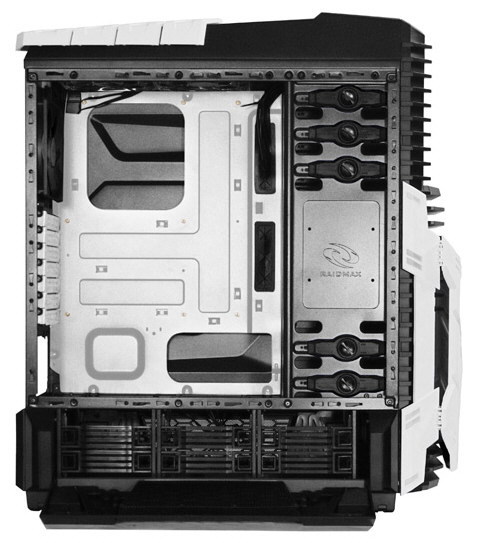 The Raidmax Gundam Agusta PC case also sports six additional 3.5/2.5-inch bays underneath the main 5.25-inch slots and on the front panel you can find USB 3.0, USB 2.0, audio and microphone connections along with fan speed and LED controls. Measuring 1.85 x 9.21 x 23.90 inches, the new case comes to us weighing 17.7 pounds.

The new Raidmax Gundam Agusta case will be commercially available in May 2012 for a price of 120 USD.