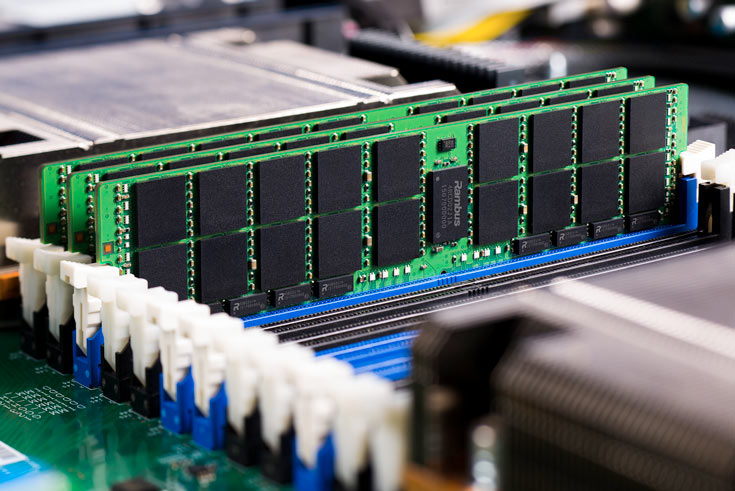 Back in February of this year we reported on a new interface made by the US memory maker Rambus. More specifically the interface was called R+ DDR4/3 and targeted the server market. Rambus expected the interface to be manufactured on 28 nm process and the actual development of this device made Rambus another chip development company, which didn’t own any manufacturing facilities.

Six months later Rambus has announced the release of the first version of this interface called R+ DDR4. The chipset is called RB26 and is designed to work with RDIMM and LRDIMM memory modules. The main purpose of the RB26 chip is to provide excellent performance and support for large amounts of memory in high-end corporate-level servers. The RB26 chip supports DDR4 Register Clock Driver (RCD) and Data Buffer (DB) and provides data transfer rates of 2666 Mbit/sec with higher speeds coming down the road – all this while meeting JEDEC’s strict requirements.

“At Rambus, we have a rich history of innovation and expertise in high-speed memory interface design – the introduction of this chipset is a natural progression that enables us to deliver maximum value to the industry,” said Dr. Ron Black, president and chief executive officer at Rambus. “Expanding our offer beyond IP into chips with standards-based offerings that feature leading-edge performance and advanced functionality amplifies our growth strategy and furthers our engagement with the market.”

The new RB26 chipset is already on the market and you can see it at the just opened Intel Developer Forum (IDF) in San Francisco, USA.