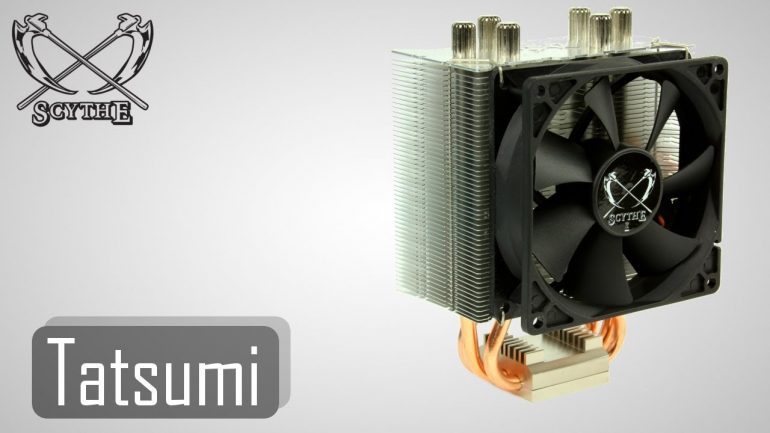 The famous Japanese maker of cooling solutions Scythe has presented its latest Tatsumi CPU cooler. According to Scythe, Tatsumi comes with a number of hardware improvements and new technologies that include an optimized fin configuration called M.A.P.S. and better fixation called H.P.M.S. The new cooler also comes with decent dimensions and weight – it measures 102 x 146 x 83 mm and weighs 450 grams (fan included).

The Scythe Tatsumi is based on a copper base that has three U-shaped 6-mm copper heat pipes that transfer the heat produced to an aluminum heat sink. The entire cooler is cooled by a 92-mm Attached Glide Stream cooling fan that can operate at 300-2500 rpm and push 11.4-94.3 cubic meters of air in one hour. The noise produced ranges between 7.2-31.7 dBa. In addition the innovative heat sink that carries the so-called Multiple Airflow Pass-Through Structure (M.A.P.S.) improves efficiency while at the same time reduces noise and air flow turbulence. Moreover the so-called Hyper Precision Mounting System (H.P.M.S.) comes to the Tatsumi straight from the Mugen 4 cooler. This technology allows the owner to take off the cooler without getting the PC motherboard outside its system case.