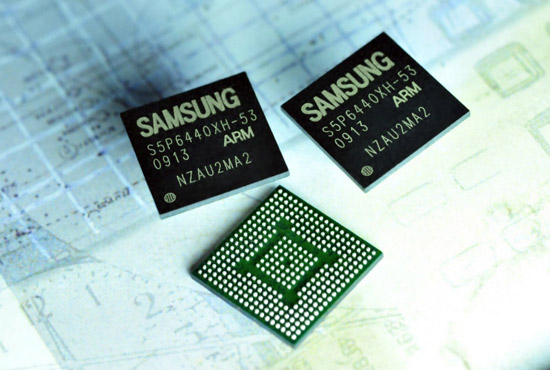 processor is specifically designed with those objectives in mind to offer substantial improvements in CPU performance at low power, high quality graphics capability, and lower system BOM cost. CE device manufacturers using S5P6440 can offer exciting new products such as next generation PND to the market in a timely manner.”

Samsung’s S5P6440 is based on an ARM1176 CPU core which runs at either 533 MHz or 667MHz clock speed. The CPU core and all on-chip hardware accelerators and peripheral interfaces are connected through a 64-bit AXI bus running at 166MHz, allowing ample input/output bandwidth for handling the multiprocessing requirements in real-life applications. 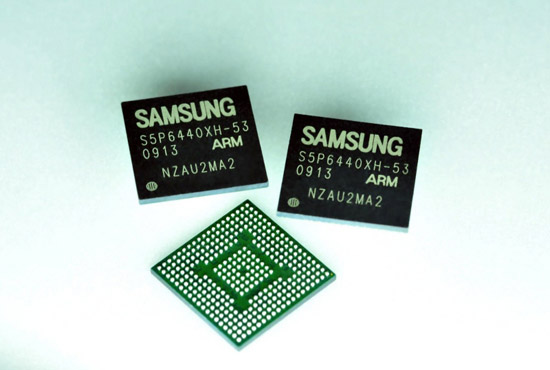 The S5P6440 features 2D graphics acceleration hardware that is compliant with the OpenVG application programming interface (API) standard. The OpenVG API standard enables advanced graphics functions such as alpha blending for transparency effects, anti-aliasing for sharper graphics, and vector graphics support for scaling without loss of image quality. Utilizing this graphical capability, devices implemented with the S5P6440 can offer a vivid graphical user interface that greatly enhances the user experience.

In addition, the S5P6440 integrated a mobile industry processor interface (MIPI) display serial interface (DSI) for advanced graphics and display capabilities at low power. The MIPI DSI interface is valuable to customers wanting to reduce the complexity of the display interface by reducing the number of pins, which has benefits in terms of design simplicity and cost. MIPI DSI also uses a differential signal which substantially reduces EMI issues. These advantages are increasingly important for mainstream connected CE products where noise interference among electronic components in within a product can adversely affect the product’s performance.

The S5P6440 application processor is sampling to key customers now and is scheduled for volume shipment in the third quarter of this year. The chip is housed in a 13×13 FBGA package with a ball pitch of 0.65mm.