Samsung Electronics Co., Ltd., the world leader in advanced semiconductor technology, announced today that it is now sampling a SATA-interface mini-card solid state drive (SSD) with some of its customers, for use in the expanding netbook marketplace. The Samsung SATA mini-card SSD expands the use of SSDs from not only being a primary storage medium, but also as a complementary drive to boost the performance of PCs with dual drive capabilities.

“The market is beginning to embrace a smaller SSD for the nascent netbook sector,” said Jim Elliott, vice president, memory marketing, Samsung Semiconductor, Inc. “The cost-efficiency and reliability of lower-density, highly compact Samsung SSDs are perfectly suited as the storage medium for the rapidly growing netbook marketplace,” he added. 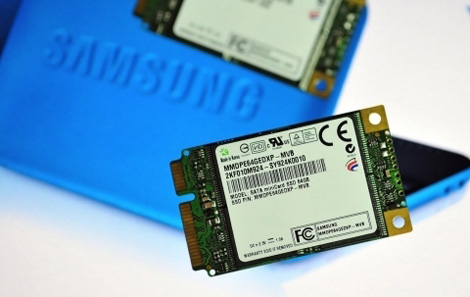 Featuring a mini-PCI Express (PCIe) form factor with a SATA 3.0Gb/s interface, the highly cost-efficient mini-card SSD is nearly 80 percent smaller than the conventional 2.5-inch hard disk drive, making it ideal for the tighter constraints of most netbooks. In addition, it can be used in printers and various handheld terminals including ruggedized mobile devices.

Moreover, the SATA mini-card SSD form factor can be used in a combination comprised of the SSD as main memory and HDD as supporting storage space. This new approach is expected to increase the adoption of SSDs in a broader range of applications.

Samsung is working to standardize the new mechanical form factor and its pin layout specifications at JEDEC (Joint Electron Device Engineering Council). With possible revisions by OEM manufacturers, standardization could be expected as early as the third quarter of this year.

Samsung’s mini-card SSD is only 30 millimeters (mm) wide and 51mm high. The drive weighs up to 8.5g and measures up to 3.75 millimeters thick. Also offering a high degree of energy efficiency, the new drive consumes 0.3 watts of power.

Samsung’s new netbook-targeted SSD is available with optional full disk encryption to thwart theft or any unwanted access to a netbook or other device.