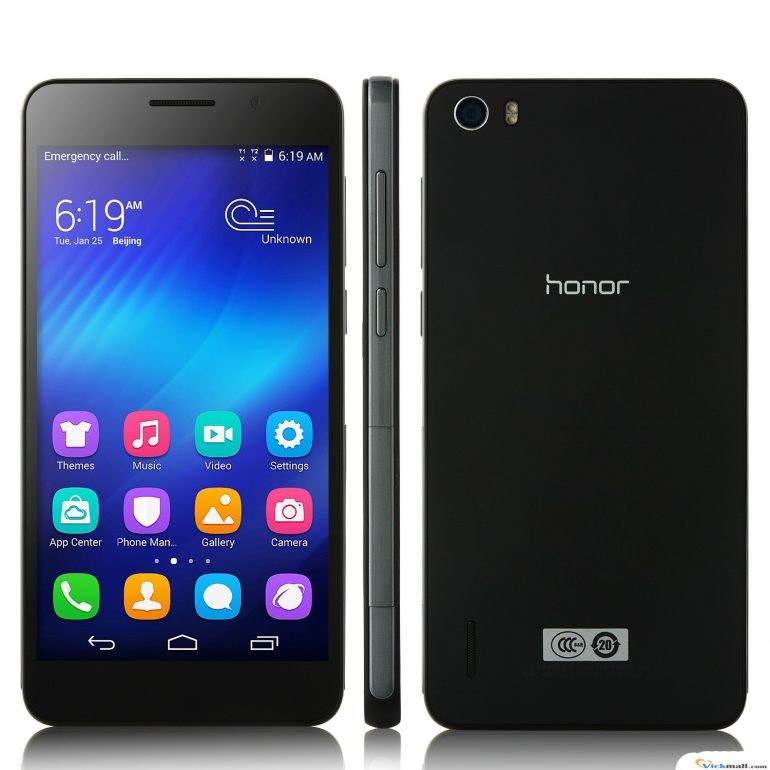 Huawei has announced two new products for all fans of the brand around the world. The products include a smartphone and a tablet – both devices belong to the company’s Honor line.

We’ll describe the smartphone first – the device is called Honor 6 Plus and sits one step higher than the regular Honor 6 model. On the outside it looks just the same but the tech specs list a few improvements here and there that make it a more desirable model. For one thing the new Honor 6 Plus has a two camera system that includes two 8 MP sensors. Thanks to the software inside the two sensors can provide pictures at 13 MP resolution. Huawei also says that the two sensors can collect more light, which means the smartphone will be able to produce pictures with higher quality in low light conditions. The added Vision Camera technology provides more color depth while the time needed for the lens to focus is just 0.1 ms. In a few words the Honor 6 Plus will provide you with some nice hardware to take pictures with.

Apart from the two sensors the Huawei Honor 6 Plus provides you with a Kirin 925 processor, a 5.5-inch display at Full HD resolution (1920 x 1080 pixels), 3 GB of RAM, 16 GB or 32 GB of internal memory (depending on the model), a microSD card slot for expansion, Android 4.4, support for two SIM cards and a 3600 mAh battery. As you can see the tech specs of the Honor 6 Plus completely match the specs of the Honor 6. The back cover of the smartphone deserves some attention, though – a while ago Huawei demonstrated a video where the rear panel survived a gunshot but we doubt anyone will perform this experiment in real life.

The new Huawei tablet runs Android 4.3 Jelly Bean and makes use of the Emotion 1.6 user interface. The Honor T1 will be on the market by the end of the year and will sell for USD 184.