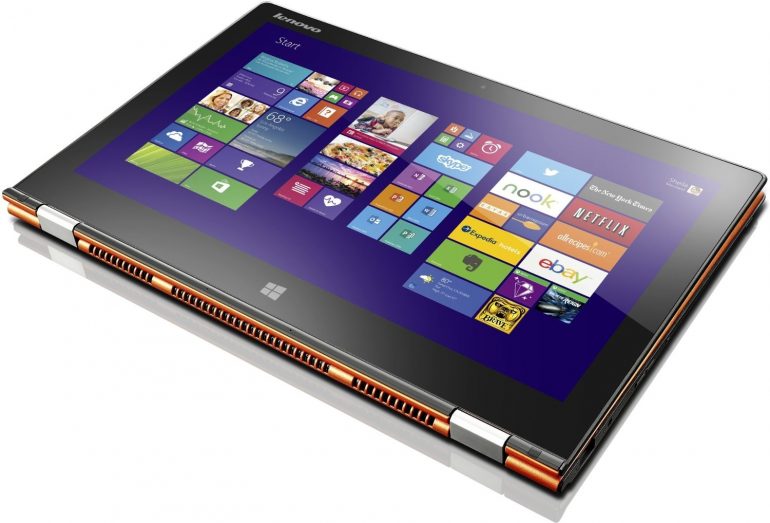 Most digital devices that you see and buy nowadays have been developed by numerous engineers but this is not the case with Lenovo’s newest Yoga Tablet 2 Pro device simply because one celebrity also took part in the development. In case you don’t know, this is Ashton Kutcher who became a product engineer for Lenovo about a year ago and here’s the first fruit of his efforts.

Given the movie star genes inside it, one of the most interesting features of the Yoga Tablet 2 Pro is that the tablet comes with an integrated Pico projector in there that allows you to watch your favorite movies on up to a 50-inch surface. The rest of the device comes with some nice specs – the device has an 8W speaker system (two 1.5W front speakers and one 5W subwoofer), a 13.3-inch QHD display at 2560 x 1440 pixels, an Intel Atom Z3745 processor with four cores at 1.33 GHz (1.86 GHz Turbo) and 2 MB of L2 cache, 2 GB of RAM, 32 GB of internal memory and a microSD card slot for expansion. There are two cameras too – an 8 MP one on the rear and a 1.6 MP camera up front. The tablet provides connectivity via 802.11n Wi-Fi and Bluetooth 4.0 as well as optional LTE support.

The Yoga Tablet 2 Pro is also very versatile – the device weighs 2.09 pounds (949 grams) and features Stand, Tilt and Hold modes along with a new Hang mode that allows you to mount it on a wall. The integrated battery promises to power the tablet for up to 15 hours, which is impressive and will take you along a full day of usage.

The Yoga Tablet 2 Pro will be in a store near you at the end of October. The device will cost USD 499 for the version with no LTE; the price of the LTE version is unclear.