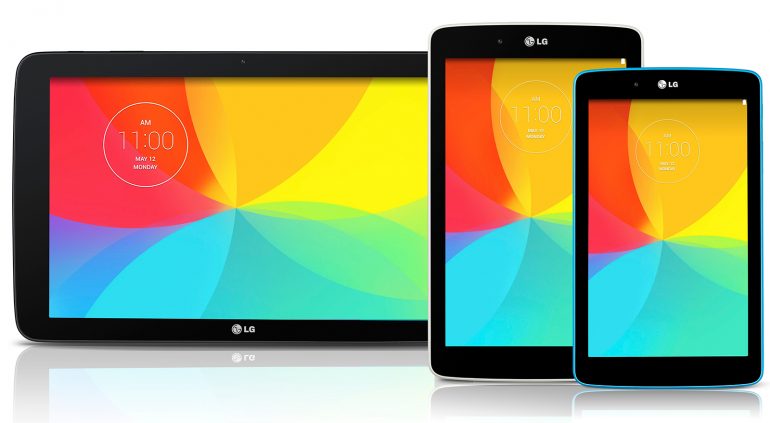 The South Korean tech giant LG has officially launched its promised 10.1-inch version of the G Pad tablet. The new device belongs to the new family of tablets outlined back in May and aims to become the successor to the original and well-received 8.3-inch G Pad.

Unfortunately LG has lowered the tech specs in its new tablets, including the 10.1-inch G Pad. They will all come in standard configurations that feature IPS HD displays at 1280 x 800 pixels, 1.2 GHz quad-core processors and 1 GB of RAM. In particular, apart from these specs, the 10.1-inch G Pad comes with an 8000 mAh battery, 16 GB of internal storage, a microSD card slot, one 5 MP rear camera and one 1.3 MP front camera; the tablet is available in red or black. The original 8.3-inch G Pad offers a 1.7 GHz Snapdragon 600 chip, 2 GB of RAM and a 1920 x 1200 pixel display. This downgrade has been compensated somewhat by more colors to choose from including white, red, orange, blue and black.

The 10.1-inch model comes with some more goodies though. Users will now be able to take advantage of the included Knock Code homescreen lock feature and QPair that handles notifications across multiple Android devices. A new smart keyboard by LG also offers the ability to split the tablet’s screen and run two applications at once with a function to move content between them.

The new G Pad will be released in the USA first with European, Latin America and Asian customers getting the device a bit later. LG has not provided any pricing details saying there will be information on the matter when the device launches in each market.