Samsung today unveiled a pretty impressive device which company says is a new category of product, a mix of smartphone and tablet. Called Galaxy Note, this pocked device is fitted with large 5.3-inch Super AMOLED display with 1280×800 pixel resolution and 180 degree viewing angles, combined with advanced pen-input technology, called the S Pen, to gives users a new type of experience while they are on the go.

This hybrid device comes with Android 2.3 (Gingerbread) and TouchWiz on top and thanks to its large, high resolution display, Samsung says that users will be able to view more and do more tasks, with minimum scrolling and screen transitions. Galaxy Note is just 9.65mm thick, weighs 178-gram, bu inside it is armed with a 1.4GHz dual-core processor, 1GB of RAM, HSPA＋ and LTE connectivity, along with Bluetooth 3.0, Wi-Fi, Wi-Fi Direct, built-in stylus, and a 2,500 mAh battery. It  has two cameras, an 8-megapixel camera on the back with with LED flash and HD video recording, and a 2-megapixel camera on the front for video calling. 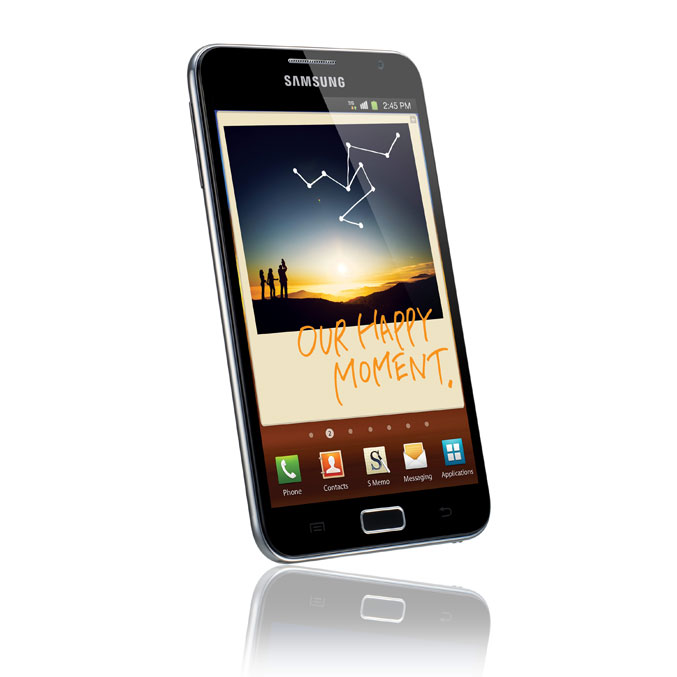 Samsung also says that S Pen functionality has been deeply integrated into the Galaxy Note’s native applications to provide a truly interactive experience, and giving users with countless opportunities for using the stylus, from accurate sketching and artwork to navigation. The pre-loaded S Memo multimedia application for example is designed to record all forms of user-created content. Pictures, voice recordings, typed text, handwritten notes or drawings can all be captured via a single application and converted to a ‘memo’, to be edited, annotated and shared as desired.

Unfortunately there’s still no information about price and availability, but stay tunned…