Based on the 64-bit superscalar ‘Isaiah’ architecture, VIA Nano 3000 Series processors deliver the most compelling thin and light notebook computing experience with their rich HD entertainment capabilities, including support for flawless playback of high bit-rate 1080p HD video, as well as low power consumption resulting in longer battery life. 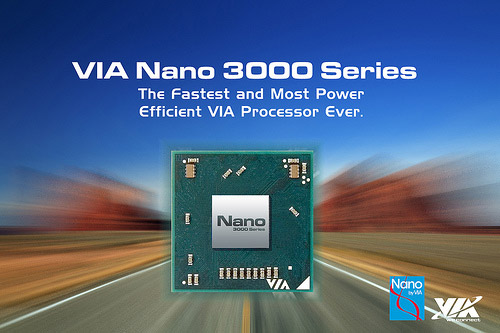 “With the VIA Nano 3000 Series, we are launching our fastest and most power-efficient processors yet,” commented Richard Brown, VP International Marketing, VIA Technologies, Inc. “Coupled with our market-leading digital media chipsets, they enable the richest experience across a broad range of mobile and all-in-one system designs.” 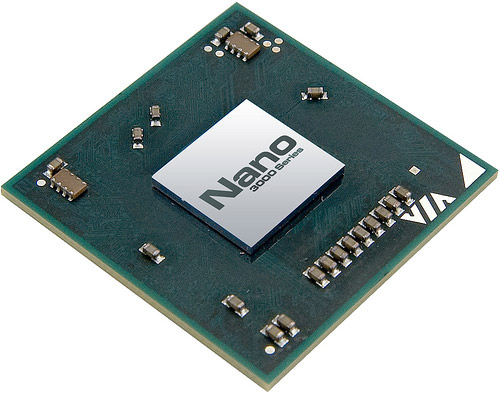 VIA Nano 3000 Series processors are built on the successful 64-bit, superscalar architecture that powers the VIA Nano 1000 Series and 2000 Series processors, which have been adopted by leading OEMs worldwide for a growing number of market-leading mini-note, small form factor desktop, and energy-efficient server designs. 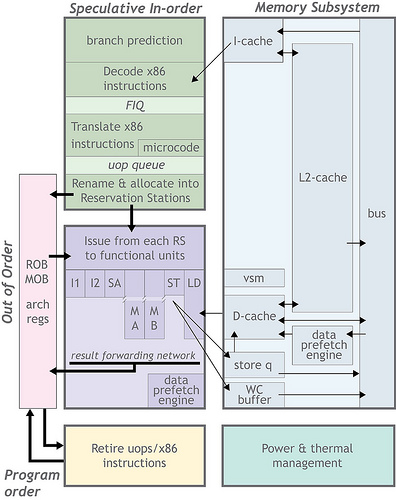 Available at speeds from 1.0GHz to 2.0GHz, VIA Nano 3000 Series processors deliver up to 20% higher performance using up to 20% less power than current VIA Nano processors and boast a number of new features including support for the SSE4 multimedia instruction set and VIA VT virtualization technology.

VIA Nano 3000 Series processor samples are currently available for OEMs and motherboard vendors, and will enter mass production in Q1 2010.

VIA Nano 3000 processors will be available in the following product skus:

For further information on the VIA Nano processor family, please visit the VIA website here