Delivering on the promise of a comprehensive solution for large file storage and high definition film functionality, the new device features an impressive 8X write speed capability for dual-layer BD-R Blu-ray Disc media. With the new writer, users can take advantage of the substantial 50 gigabyte (GB) storage capacity from Blu-ray Discs to ensure fast and successful preservation of standard and high definition data content along with the confidence that comes with using a Pioneer® optical disc product. The multi-format BDR-2203 comes packaged with specialized software to fulfill the array of creative and professional needs of PC users. The Pioneer BDR-2203 Blu-ray Disc internal computer writer begins shipping in April for a suggested price of $249.99.

“As one of the earliest advocates of Blu-ray Disc technology, Pioneer recognized the many advantages the format could have for consumer and professional users, which has culminated in our development of one of the industry’s most robust BD writers to date,” said Steve Cohn, director of optical disc sales for Pioneer Electronics (USA) Inc. “When considering that a dual-layer Blu-ray Disc is equivalent to ten single-layer DVDs, our BDR-2203 is a viable PC upgrade for those who are looking to enter this new era of HD playback, storage and picture performance in every facet of their life.”

For more than 30 years, Pioneer has continually introduced optical disc advancements in the professional and home arenas, and the new BDR-2203 demonstrates the company’s ongoing commitment to further advancing the Blu-ray Disc format.

The BDR-2203 demonstrates Pioneer’s engineering prowess by exceeding not only traditional reading and writing speeds for various DVD and CD media formats but also its ability to provide rapid performance capabilities for data stored on Blu-ray Disc media.

The 8X maximum write speed for dual-layer BD media ensures a user-experience that is seamless and time-saving, especially for professional authoring providers that can now author and test full HD films at an extremely efficient pace. The drive is significant for mainstream consumers who are now able to maintain copious volumes of crucial files on a single disc rather than traditional libraries of multiple discs that can become misplaced or lost altogether.

With a sophisticated software suite, the new computer writer allows users to connect their high definition camcorder to their PC and upload personal content for creative archiving. The BDR-2203 comes complete with the CyberLink solution software suite that allows users to easily create professional-looking high resolution Blu-ray Discs interspersed with photos, home video, songs, even provide a running dialogue and chapter bookmarks. The resulting HD discs can be distributed among fellow HD fans for playback on a standard Blu-ray Disc player and displayed on a connected HDTV in stunning 1080p resolution.

Pioneer has been an innovator of optical disc technology since it shipped its first LaserDisc products, the precursor to DVD, to the consumer market in 1980. Pioneer went on to introduce the first DVD writer for video authoring use in 1997, the first DVD recorder as a VCR replacement in 1999, the first DVD/CD writer for home computer users in 2001 and the first Blu-ray Disc writer in 2006. Pioneer Corporation is one of the original Blu-ray Disc Founders. More details can be located at www.pioneerelectronics.com. 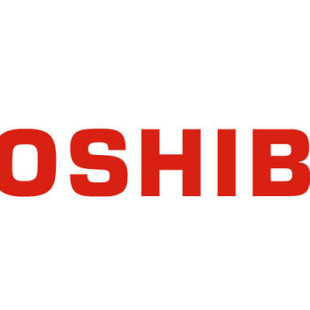 The Japanese Toshiba has achieved another first in the tech industry – the company has announced the successful development of the world’s first 15 nm NAND flash memory with mass production starting at the end of April 2014. The new process will be used in 2-bit-per-cell 128-gigabit (16 GB)...

US memory maker Micron has come up with an interesting offer – gamer-oriented notebook memory that offers speed, lower power consumption and nice latencies. The new memory belongs to the company’s Crucial Ballistix Sport line and comes in SODIMM form factor. Offering the...

A perfect introduction to the exciting world of digital SLR photography, the new α200 digital SLR camera teams superb imaging quality with ease of use and advanced creative options. Compact and comfortable to handle, the α200 is compatible with the growing α range of over 20 interchangeable...