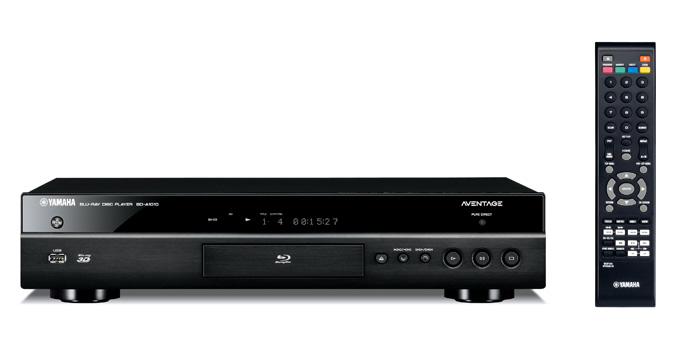 Yamaha extends is AVENTAGE family with a new addition, a 3D Ready Blu-Ray Player equipped with plenty of features, including Internet video streaming via Netflix, Blockbuster on Demand and YouTube Leanback, and compatibility with a  iPhone app for component and A/V system control.

Additional features include an RC-232C for custom install integration and control, on-screen display GUI, playback of JPEG slideshows with MP3 audio sound, a detachable power cable, and Setup Wizard which enables the system to be easily readied for video and audio entertainment. The player also work with a Control App for iPhone and the company plans to release a similar app for Android devices later this year.