Adobe launched a mobile version of Flash Player for Android 4.0 at the end of the 2011. Therefore, now owners of smartphones like Galaxy Nexus are able to play Flash games and enjoy the animations supported by their browsers.

Adobe team told that this new version is the last used platform.

After releasing the mobile version of flash player, have been removed only major bugs and improved security.

Now the new 11.1.112.60 version of Flash Player is already in the Android market, but there is still a few small issues. Seeking, while video is paused doesn’t update the frame on Ice Cream Sandwich device.  StageVideo using On2 and Sorenson does not work on Ice Cream Sandwich devices. Enter key does not work on the multi-line text input field and audio reminds playing before and after a call is received. 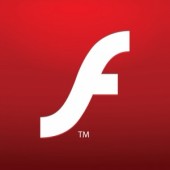 Keep these things in mind, before start browsing Flash-heavy websites.