Giorgio Armani, one of the world’s leading fashion and lifestyle design companies, and Samsung Electronics, a leading producer of mobile phones, today unveiled the Emporio Armani Samsung Mobile, NIGHT EFFECT. Designed by Giorgio Armani and made by Samsung Electronics, the Emporio Armani Samsung Mobile will meet the needs of young consumers with active and fashionable lifestyles for whom music is an essential part of everyday life.

Equipped with AMOLED display and a LED light effect on the side of the bar, the Emporio Armani Samsung Mobile, is a sleek and slim music-dedicated mobile. A LED light on the side lights up in a fabulous red, green or blue colour every time the user is called, or makes a call.

Giorgio Armani said, “Those who love Emporio Armani also often love nightlife – they like going out in the city, after dark, when the bright lights of a modern metropolis illuminate the streets, after making the whole place look like a glamorous nightclub. For this young, cool, and social crowd, the “NIGHT EFFECT” mobile is the perfect accessory. It allows them to keep in touch with their friends; it looks modern and chic, and glows when active; and it has been created specifically for easy management and use of music files. It really is a mobile designed for colorful talk and music on the move.”

Geesung Choi, President of Telecommunication Business, Samsung Electronics said, “The NIGHT EFFECT is another evidence of Samsung’s dedication of consumers’ needs of style and features for their mobiles.” 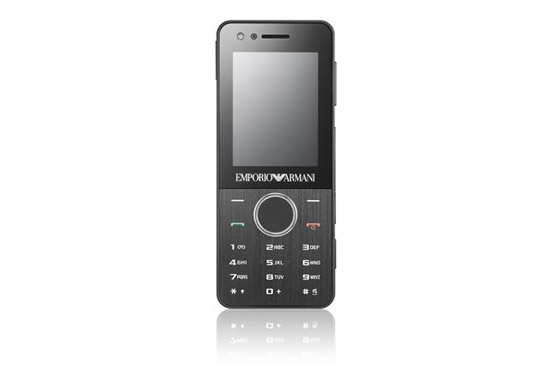 “Following the successful launch of Giorgio Armani Samsung Mobile last year, the NIGHT EFFECT, Emporio Armani Samsung Mobile, is the result of more than a year long partnership with Giorgio Armani. We are very confident that NIGHT EFFECT will redefine the mobile experience of the fashion conscious, young professionals. Welcome to a creative vision that transcends the boundaries between fashion and technology, ushering in the new era of high tech-chic,” he added.

Its signature illuminating LED around the edge was come up from Giorgio Armani’s trips to Tokyo where he recently opened a ten-storey concept store, the Armani/Ginza tower, which is lit-up on the outside with decorative lights in the shape of bamboo leaves.

“Paris may be known as The City of Lights, but Tokyo is The City of Neon Lights by night-time. It really has an exciting energy after dark, which is very Emporio Armani.

Information about secret Nokia phone leaks on the Internet

The sleek body of the NIGHT EFFECT is designed to provide for a soft-to-the-touch, rubber-like feel and a hair-lined key pad and reinforced glass display offer a simple, yet sturdy elegance. The Emporio Armani logo in metal is prominently adorned on the back with a hidden external speaker.

The NIGHT EFFECT mobile is a clearly featuring many music-centric features and a user-friendly music-control key, along with the pleasure of music in all popular formats plus FM radio. Besides listening to music to snapping photos and video with the embedded 3 Megapixel camera, NIGHT EFFECT will satisfy users with the combination of standard 3.5φ audio jack, and support for compatible microSD cards plus 120MB internal memory.

NIGHT EFFECT offers an enhanced multimedia experience with fast HSDPA networks. Downloading large files, streaming videos, and even holding video conversations are easier than ever with speeds as fast as 3.6Mbps. With Bluetooth® 2.0 and USB 2.0, users also will be connected to a range of peripherals including wireless headsets and mobile printing. The NIGHT EFFECT will be available in the UK by the end of this year.