Microsoft’s Lumia Flagships will be Quite Expensive 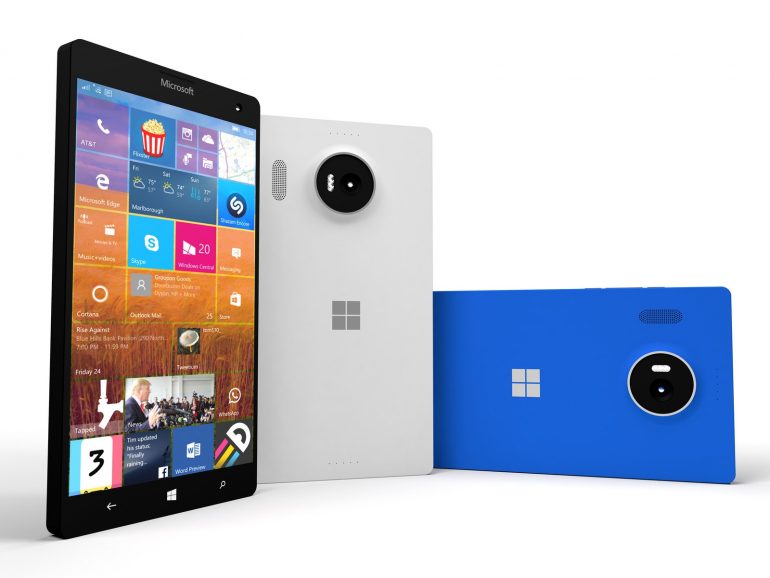 Microsoft is preparing for the launch of its new desktop operating system, Windows 10, in just a few days, with the version for phones being rumored to be launched sometime in October and November. The Redmond giant has held back from releasing any new flagship handsets until the release of the new mobile OS, but it is reportedly preparing two new devices to be introduced together with Windows 10 for Phones: Lumia 950 and 950 XL. But don’t expect Microsoft to sell them cheap: their notable hardware configuration will come with a rather high price point.

Microsoft’s upcoming flagships will have quite a hardware under their hood. The two devices code named Cityman and Talkman will both come equipped with the latest standards, like the increasingly popular USB-C connector that will allow them to transform into desktop devices through the technology called Continuum, both of them will be equipped with iris scanning technology to allow unlocking them under 1 second, and will be capable of wireless charging through Qi (and probably through their USB-C ports as well). Besides, they will both have OLED screens with QWHD resolution (1440×2560 pixels). Talkman – Lumia 950 – will have a smaller, 5.2″ screen, while Cityman (Lumia 950 XL) will come with a 5.7″ display.

I can hardly wait to lay my hands on any of the new Microsoft flagship phones to take a look at what’s new at Red Flush. Red Flush Casino offers top Microgaming casino games which will surely look excellent on any of the above two new models, not to mention their responsiveness and fast operation I expect to see when the new phones arrive. The casino offers its players over 700 games to choose from through its desktop version, and its mobile casino is unparalleled with its over 100 titles in its library. The promotions there are excellent as well, both on desktop and on the go. With the large battery packs fitted into the new handsets – 3,000 mAh, as it is rumored – the new Microsoft flagship handsets will most likely offer me a lot of play time.

Cityman will be the better equipped – and surely more expensive – model to be released by the Redmond Giant. According to the leaks currently circulating the media, it will be equipped with Qualcomm’s Snapdragon 810 chipset with an octa-core CPU, 3 gigabytes of RAM and 32 gigabytes of built-in storage, which can be extended using a TransFlash card of up to 128 gigabytes (or possibly bigger). The Talkman will have a slightly weaker hexa-core CPU, Qualcomm’s Snapdragon 808 chipset and the same 3GB or RAM and 32GB of storage. The smaller model will most likely be a direct competitor to Apple’s iPhone 6, and the larger one for the iPhone 6 Plus, at least when it comes to its hardware configuration. And its price point should be similar upon launch.

The camera was always the strongest point of the Lumia line, with the 1020 still being the best camera phone money can buy (with its 41 megapixel sensor and Zeiss optics). The new flagships will not have such huge sensors – both of them are reported to be equipped with a 20 megapixel PureView camera, most likely with Zeiss optics. Both new phones are rumored to have 5 megapixel front cameras, too, for perfect selfies and high quality video messaging.

Both new Microsoft Lumia models are set to be released this fall, supposedly together with the Windows 10 for Phones, but surely after the launch of Apple’s new iPhone 6S (rumors talk about the iPhone 7, too, but I don’t expect it to hit the market this year). Considering how many affordable Lumia models have been released by Microsoft recently, I’m sure these models will be quite pricey in comparison, putting them into the “premium” category – they are called flagships for a reason, after all.