Nokia today announced the creation of the official Qt port to Maemo 5 and published an initial Technology Preview release. This port to Maemo 5 means that developers can now use Qt to target the upcoming Nokia N900 device and also ensures that applications can be easily ported to all Qt’s supported platforms including the next Maemo 6 release as well as Symbian and Windows Mobile. 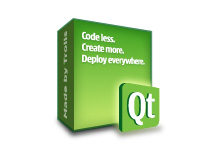 The Qt port to Maemo 5 is designed specifically to work within the Maemo 5 environment, which will power the upcoming Nokia N900 device. The port itself will be based on Qt’s upcoming version 4.6 and is scheduled for final release in Q1 of 2010.

“With this announcement and our upcoming port of Qt to the Symbian platform, we will quickly see Qt established as a leading framework for mobile application development. Developers will be able to use Qt as a framework to create powerful native applications and with Qt’s Webkit integration, it also provides them with a platform for creating web applications and services,” said Sebastian Nyström, Vice President of Application Services and Frameworks at Nokia. “Qt’s support for Maemo 5, Maemo 6, Symbian, as well as Windows Mobile makes Qt the most sensible choice for developers looking to target multiple devices and achieve the broadest reach with their innovations.”

This port of Qt will incorporate the community-driven ‘Qt for Maemo’ project that was created as result of substantial contributions and enhancements. The community project provided a strong foundation for building the official port, and because of the open nature of the project, Nokia was able to base the official port on this code. The change from a community port to an official port was necessary to ensure that applications developed with Qt will be compatible with both future versions of Qt, future versions of Maemo, as well as Symbian and the other platforms Qt supports.

Developers looking to support the Qt port Maemo to Maemo 5 are encouraged to visit http://qt.gitorious.org and participate in its further development. Since May 2009, Nokia has received over 400 contributions into Qt and Qt-related projects, which has helped ensure that Qt remains a stable, robust framework for developers to innovate on.

Developers looking to learn more about Qt 4.6 should visit http://qt.nokia.com, as a beta release of Qt 4.6, including the Symbian port, will be launched next week at the Qt Developer Days conference in Munich.