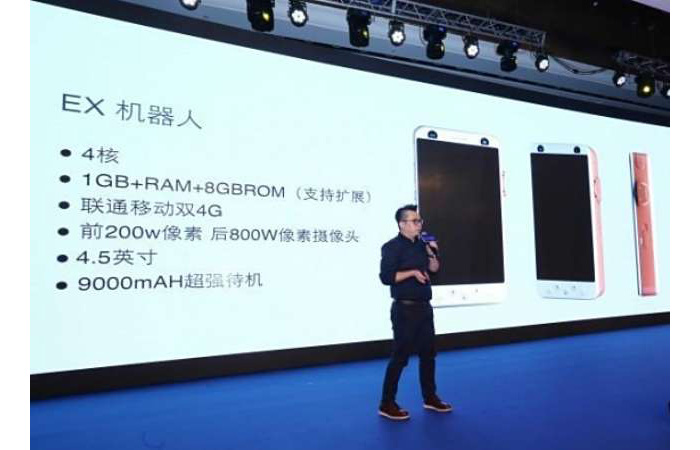 A few days ago we wrote of Chinese smartphone makers, which usually want to impress people with powerful and cheap smartphones and in many cases they deliver. Today we have one more such Chinese manufacturer – a company known as Macoox.

Apparently this smartphone maker wants to make headlines with its first smartphone and it actually succeeds – the smartphone called EX1 comes with a super powerful battery that has 9000 mAh of capacity. This is more than what current tablets can offer!

The price to pay is hidden in the thickness of the smartphone – the device is reported to be 15-17 mm thick, which makes it hard to carry around and especially place into pockets. The rest of the tech specs are not that impressive too – we get a 4.5-inch display with unknown resolution, 1 GB of RAM and 8 GB of flash memory, an unknown quad-core processor with support for LTE and two cameras – one rear at 8 MP and another front at 2 MP. It is unclear which version of Android the device runs.

The price of the EX1 smartphone by Macoox is unknown but we doubt that you will be that interested in a smartphone, which is that thick. Well, the opportunity to have a handset that can be charged every 10 days seems nice but all in all the EX1 does not seem to be that impressive, except for the battery. Nice try, Macoox!