Garmin-Asus, a co-branded alliance between Garmin® Ltd. , and ASUSTeK® Computer Inc., today announced the Garmin-Asus A10, a touchscreen smartphone running on the Android™ platform that is optimized for pedestrian navigation. The A10 is expected to be available in mid-2010 in Europe and Asia-Pacific.

For those times when walking is the best way to go, the A10 is ideal for city navigation because of its bright, 3.2-inch HVGA touch screen, electronic compass and long-lasting 1500mAh battery. As with other Garmin-Asus Android-powered devices, the A10’s GPS capabilities are optimized to ensure that customers have the best location and navigation experience a smartphone can offer. Detailed maps are preloaded on the A10 so that users do not have to pay and wait for third party maps to download from a server, nor will they lose their turn-by-turn, voice-prompted navigation if they are out of cell phone coverage. In addition to pedestrian navigation, the A10 is ready for use in an automobile out-of-the-box, and it comes with a powered audio mount that magnifies the volume of the device’s voice commands. 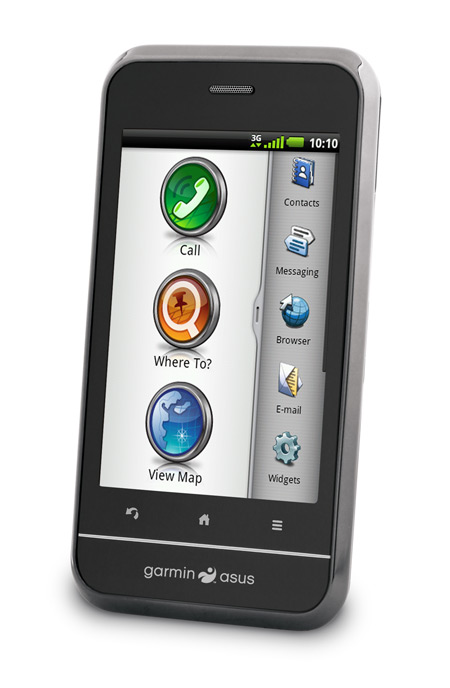 The A10 is a full-featured smartphone on the Android platform that integrates Google™ Mobile Services with one-click access to Google Maps™, Gmail™, YouTube™, calendar, contacts and Android Market™, where users can find more than 30,000 applications to expand and personalize their phone to fit their lifestyle. Android applications that include location-centric content are also able to utilize the A10’s enhanced GPS capability. 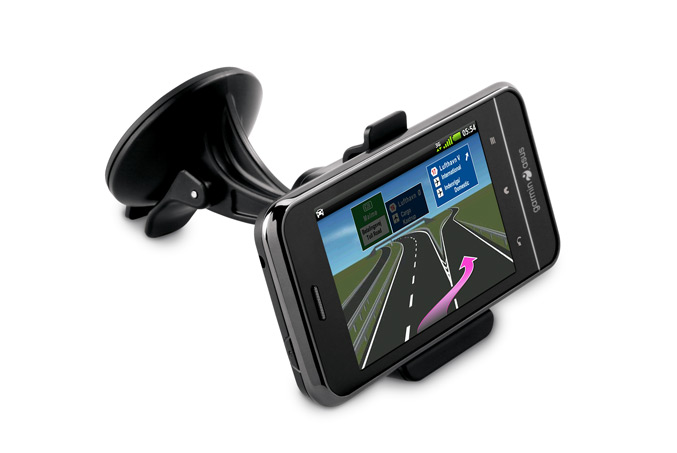 Additional A10 smartphone features include a powerful WebKit browser with multi-touch, five mega-pixel camera including auto-focus capability that automatically geotags images with an exact location reference. The built-in accelerometer will quickly change the display so that screens may be viewed in portrait or landscape mode.

The A10 also supports optional cityXplorer™ maps, which makes it possible to plan and use routes that include public transit options such as bus, tramway, metro and suburban rail systems. 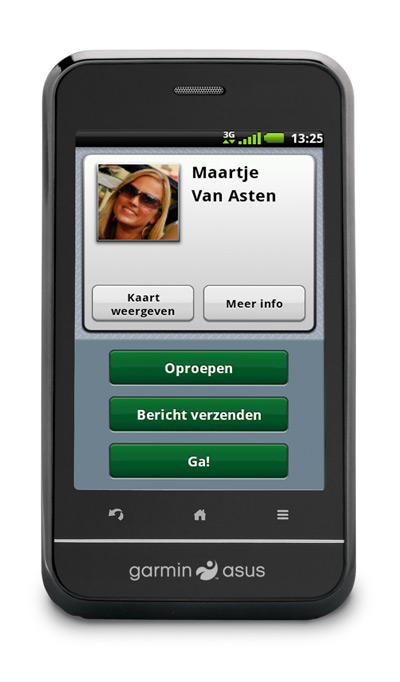 The Garmin-Asus A10 is expected to be available in mid-2010 in Europe and Asia-Pacific. Additional information about Garmin-Asus products is available at www.GarminAsus.com. 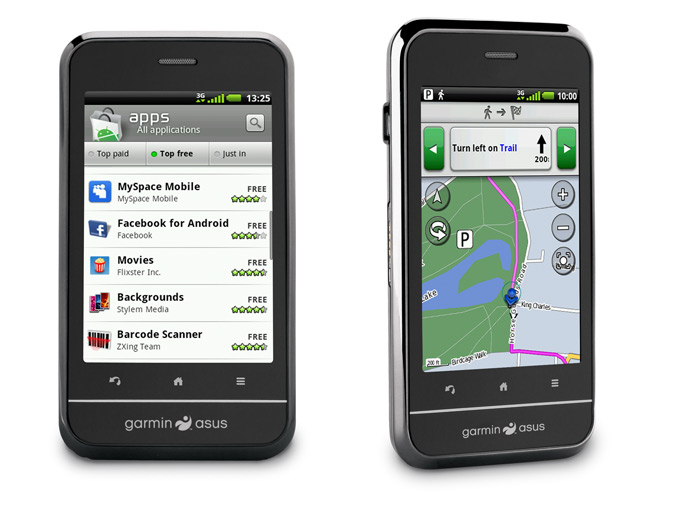