Gionee debuts the M6 and M6 Plus smartphones

The Chinese smartphone maker Gionee has expanded its smartphone portfolio with two new models. Presented in Beijing, China, the handsets are known as M6 and M6 Plus. They target people who want improved security and that’s why both smartphones come with a built-in data encryption chip that ensures extra security of the user’s communication and content.

The M6 smartphone is obviously the smaller one. It comes with an impressive 2.5D curved glass display that boasts 5.5-inch AMOLED technology, resolution of 1920 x 1080 pixels, 100 per cent NTSC color gamut and 30 000:1 contrast ratio. The specs list continues with a MediaTek Helio P10 processor with eight cores at 1.8 GHz and Mali T860-MP2 graphics, 4 GB of RAM, 64 GB/128 GB of internal memory that can be expanded with a microSD memory card (up to 128 GB), support for two SIM cards, and a camera combo that includes a 13 MP rear unit with a LED flash and a Sony IMX258 sensor and an 8 MP front camera that uses the Omnivision OV8856 sensor. The smartphone measures 152.3 x 75.3 x 8.2 mm and weighs 180 grams and also includes a fingerprint sensor, the aforementioned data encryption chip, support for 4G LTE, 802.11ac Wi-Fi, Bluetooth 4.0 and a GPS receiver. The M6 uses a 5000 mAh battery with fast charging to power its internals. Android 6.0 Marshmallow is the chosen OS for the Gionee M6.

The M6 will be available on August 6, while the M6 Plus will be in stores on August 13. Sadly just the Chinese versions of these smartphones will have the data encryption chip – the international versions will have to do with a fingerprint reader only.

Gaming peripherals masters SteelSeries outs a special mouse for your mighty Tauren, co-developed with Blizzard Entertainment and featuring a unique exterior that evokes the armored plating of Deathwing the Destroyer. The MMO Gaming Mouse has a ergonomical design with 14 programmable buttons... 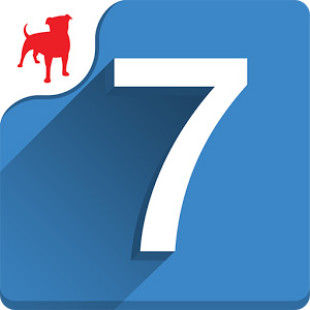 Drop7 is a game that is difficult to write about due to a simple reason – it is a complex game with an idea that is more than great. Yet it is a game that deserves attention due to this exact great idea that sits behind it so we will try to describe it for you. We’ll start by saying that...