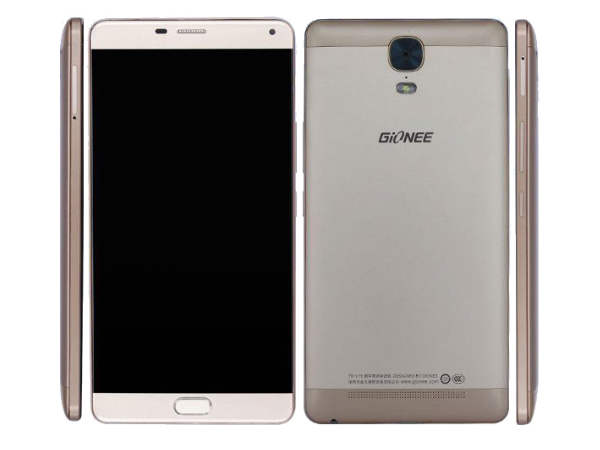 A few weeks ago the Chinese smartphone maker Gionee launched the Marathon M5 smartphone, which featured an unusually powerful battery but the ambitions of the company apparently do not stop there. That’s why Gionee will soon launch another new smartphone under the M5 Plus product name.

The upcoming smartphone is also known as Gionee GN8001 and is expected on December 21 this year. It comes with a large 6-inch display at Full HD resolution that has Gorilla Glass protection, an 8-core processor that runs at 1.3 GHz (MediaTek MT6753), 3 GB of RAM, 32 GB/64 GB of internal memory, support for LTE, Wi-Fi, Bluetooth, two SIM card slots, a 5 MP front shooter, an 8 MB/13 MP rear camera (depending on the version) with LED flash, Android 5.1 Lollipop under the Amigo UI and a really powerful 5020 mAh battery. The smartphone measures 160.7 x 81 x 8.2 mm and weighs 206 grams.