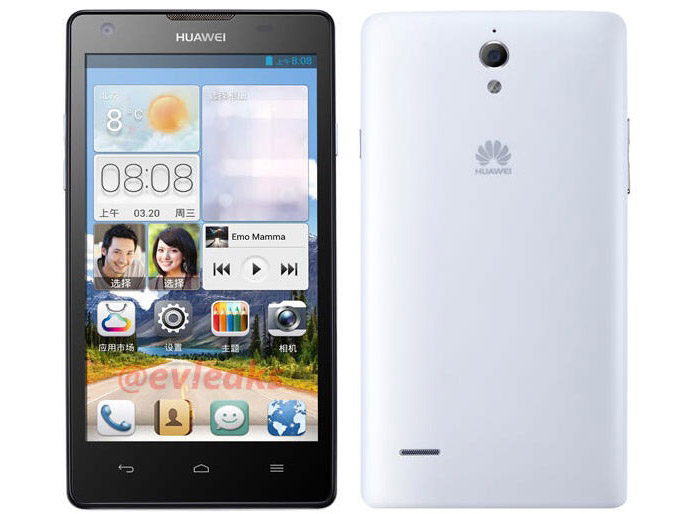 As it often happens with most companies out there the specs of the latest Huawei smartphone – the Ascend G700 – have made it online before the official launch of the device.

The upcoming Huawei Ascend G700 will have a 5-inch display at 720p resolution (1280 x 720 pixels) and will be based on the 28 nm MediaTek MT6589 processor with four ARM Cortex-A7 cores and PowerVR Series5XT GPU.

The dual-SIM card smartphone packs 2 GB of RAM and has 16 GB of internal memory for storage. The internal memory can be expanded via a microSD card and there’s also support for WCDMA and TD-SCDMA.

The Huawei Ascend G700 will run Android 4.2 Jelly Bean and will sell for around USD 320.