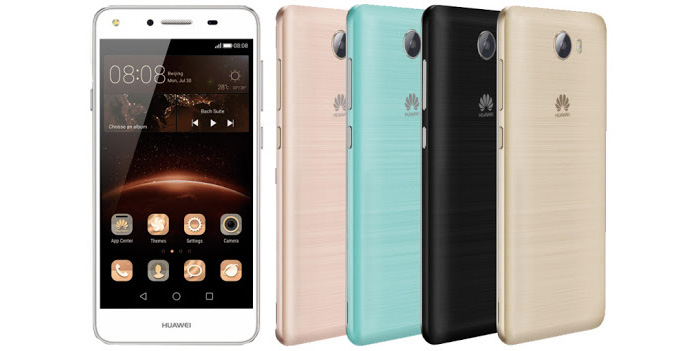 Online sources have shared some interesting information regarding Huawei’s plans for the budget smartphone market in the near future. Apparently the Chinese company plans to release a new budget communicator in Q2 2016. The device will be called Y5 II and will retire the Y5 smartphone, which was released a year ago.

The Y5 II will not be an incremental upgrade – instead the device will feature major improvements. For instance the Y5 came with a Snapdragon 210 processor with four cores at 1.1 GHz. The Y5 II will have a MediaTek MT6735P SoC with four cores at 1.3 GHz. In addition the display size will grow from 4.5 inches to 5 inches but the working resolution will stay the same at 1280 x 720 pixels. The RAM and internal memory will stay the same at 1 GB and 8 GB, respectively. In addition to this the rear camera will be an 8-megapixel one up from the 5 MP unit in the Y5. The front camera will stay the same at 2 MP. The battery is also improved from 2000 mAh to 2200 mAh. Despite the improvements the Y5 II will weigh less than the Y5 – the device will be 135 grams heavy. The Y5 is 142 grams.