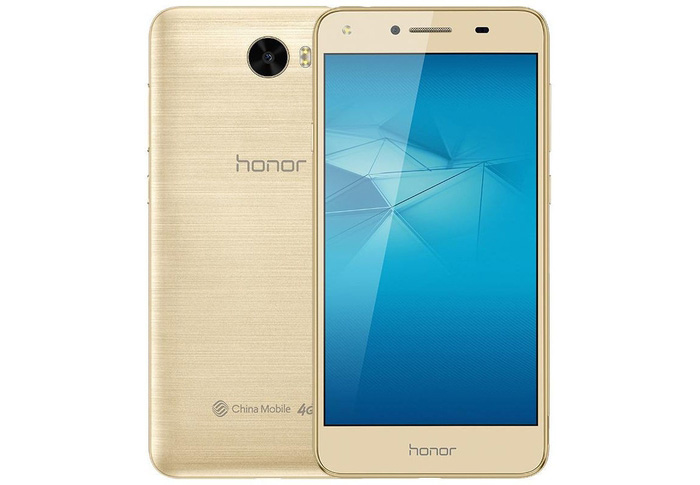 We have had numerous Huawei Honor 5-something phones but we haven’t had an Honor 5 smartphone so far. Now all this has changed – the Chinese company has presented a new handset that carries this exact name.

Unfortunately for some of you the new Honor 5 smartphone belongs to the budget-oriented market segment. The device sports a 5-inch display that features IPS technology and that works at 1280 x 720 pixels. Inside it gets powered by a MediaTek MT6735P processor that has four cores operating at 1.3 GHz. The specs list continues with Mali-T720 graphics, 2 GB of RAM and 16 GB of internal memory, a microSD memory card slot (up to 128 GB), an 8 MP rear camera with a dual LED flash, a 2 MP front camera with a separate LED flash, 802.11n Wi-Fi, Bluetooth 4.1, support for two SIM cards and 4G VoLTE, a 2200 mAh battery and Android 5.1 Lollipop under the Emotion UI 3.1 Lite user’s interface. The smartphone measures 143.8 x 72 x 8.9 mm and weighs 138 grams.

The new Huawei smartphone will be in stores on August 2. The price of the handset is around 599 Chinese yuan or around USD 90.